Dashing Through the Snow

But what really dragged me out was a chance to catch the Wolverine in the snow. 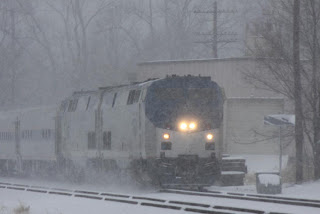 I found a place where I can track Amtrak trains, so I might find myself using that more often.  The snow was coming down pretty hard as I was out. 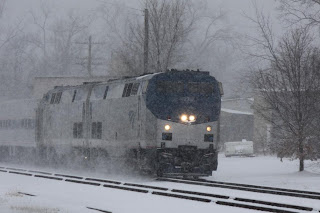 And the Wolverine was moving pretty slow. 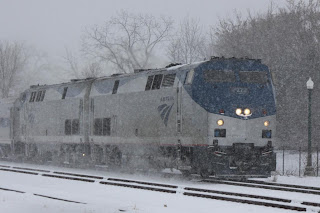 But I think it made for some neat pictures. 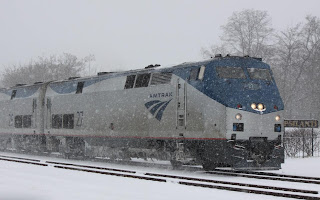 She slowly works her way through town. 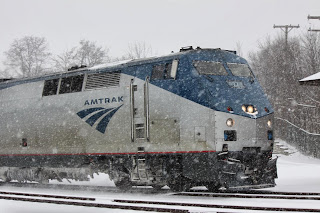 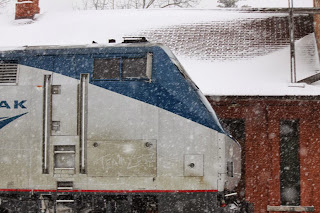 I should have brought my smaller lens for this shot but I don't think I could have swapped in time.  I still like the shot though.
Posted by Mikoyan at 5:05 PM

It appears that the train gets slush on its sides just like cars. I never thought about that before.

You need two bodies. One with a long lens and one with a shorter one.