Ypsilanti was first settled in 1823 by Major Tom Woodruff and was incorporated in the Territory of MIchigan as Woodruff's Grove.  Another town was established on the western side of the Huron River in 1825 and was known as Ypsilanti after the Greek Hero, Demetrius Ypsilanti.  In 1829, the  two towns merged under the named Ypsilanti.
The title of the post may be a little misleading.  Ypsilanti does not have three city halls but it has had three buildings which served as City Halls throughout its history. 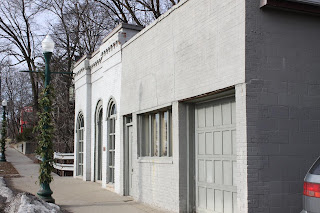 In 1858, Ypsilant was incorporated as a city and this building served as it's City Hall. 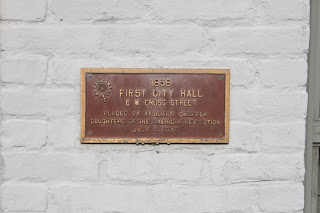 There is a small plaque commemorating that fact. 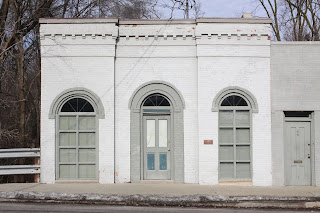 It's a pretty small and unassuming building.  Doesn't look like much of a City Hall. 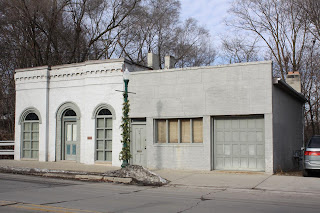 Currently this building serves as a studio for the sculptor John Pappas. 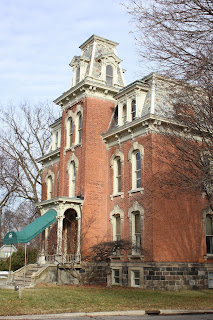 In 1912, Ypsilanti moved its City Hall to the Quirk Building.  This building was built by Daniel Quirk, Sr. and he was the founder of the Peninsular Paper Company.  It was donated to the city by his son.
Currently the building has various offices. 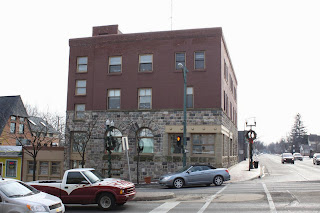 Ypsilanti's current city hall was built by the Ypsilanti Savings Bank in 1877.  At the time, it had a pretty nice sloped roof.  In the 1940's, the top floor was removed along with the roof. 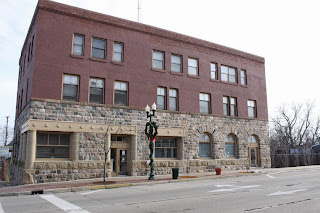 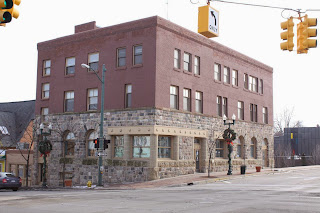 In 1991, the aluminum facade was removed but nothing was done to add the roof or other things back.  That's kind of a shame because I think it would look like a pretty nice building then.  At anyrate, it still looks nicer than Ann Arbor's.
Posted by Mikoyan at 9:31 PM