After taking pictures of the Bristol Bay, I headed to end of our newest State Park that a couple friends call the Rocky Beach.  I am sure it has an official name but I like that name so that is the name I will use for it. 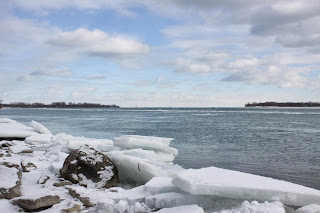 Once again, it was the icy beach instead of the Rocky Beach.  I didn't head further on Belle Isle towards the lighthouse though.  It was too cold.  In fact, I was about ready to call the Bristol Bay my last ship of the year.  If you look closely, you can see the Edgar Speer. 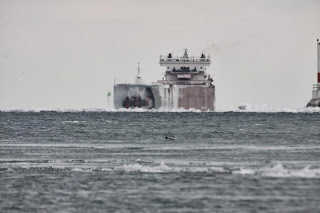 The Edgar Speer has appeared on this blog but since she doesn't pass Detroit all that often (or so it seems), she doesn't appear much on here.  I am sure I've gone through her history at one point.  In fact, I have gone over her history before. 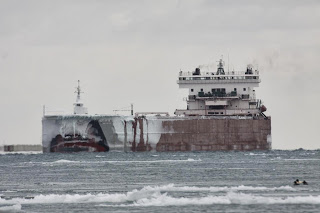 Even though she doesn't look like it, she is a self unloader.  She has a system that is similar to the Cort and the Blough.  Because of that, she can only call on a few ports in the Great Lakes. 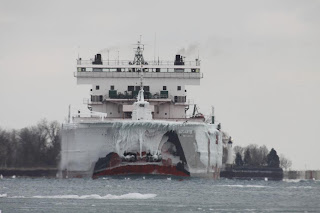 Could you imagine being in a pleasure craft and looking up to see this bearing down on you? 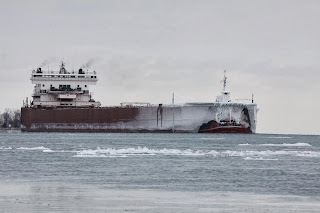 As you can see, she's got a pretty good buildup of ice.  The ice started forming on the Lakes around mid-December or so and it has gummed up the works a bit.  The Coast Guard and various other groups have been breaking up ice on Lake Superior and around there. 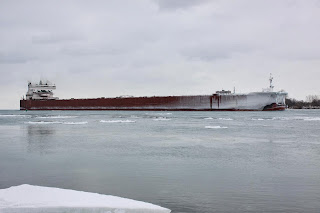 You can see little bits of ice around here too but it's not that bad.  Despite that, she was poking along at 8 knots or so. 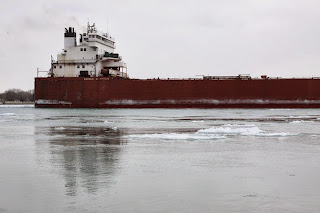 A shot of her pilothouse and unloader as she passes. 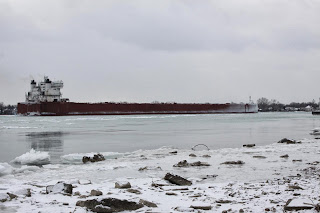 She slowly works her way past the Coast Guard station. 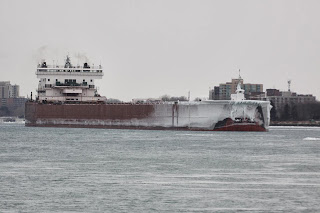 Then I decided to head over to Milliken State Park to get some closeup shots of her. 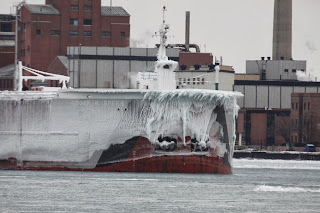 I really liked the patterns that ice formed on her bow. 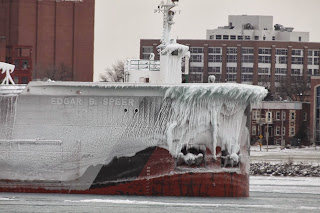 If you look closely, you can see a person standing watch near the boat.  I know how cold I felt, I can only imagine how he felt with the added wind from the movement of the ship. 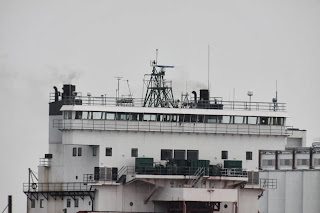 A shot of her pilothouse.  Alot of people don't like the looks of these ships but I do.  I think they look pretty neat. 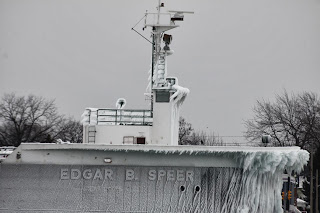 At least you can still see her name. 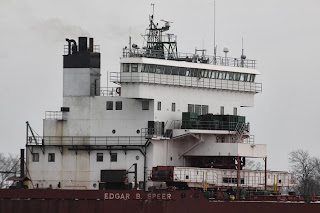 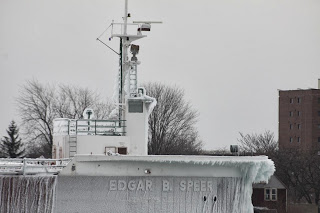 And another shot of her bow. 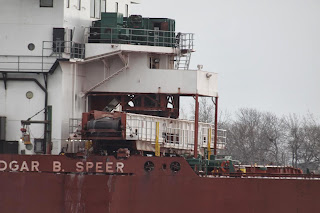 A closer shot of her unloader. 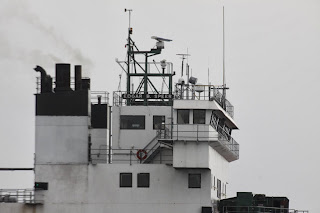 Another of her pilothouse. 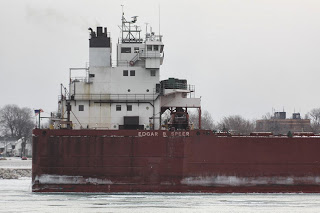 Pulled away a bit. 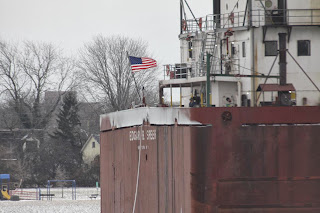 And the Stars and Stripes flapping away proudly in the breeze.  She is heading to Conneaut, Ohio to drop off iron ore I presume.  I have to believe that she only has a couple more trips before she lays up for the winter.
Posted by Mikoyan at 8:02 PM