Messing Around With Vader

I decided to mess around with the tripod again tonight.  This time I wanted to do something similar to lightpainting. 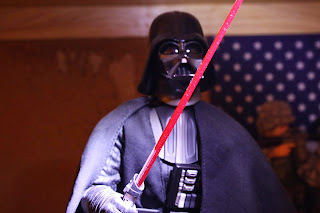 Which brings me to my favorite subject for messing around with that.  Namely Mr. Vader.  I want to figure out how to make it look like his lightsaber is glowing.  I felt like I was close here. 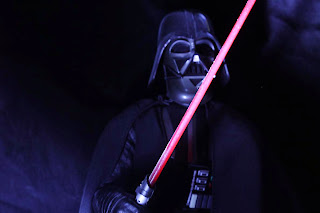 Then I decided to give him a black background so the picture wouldn't be disturbed by the stuff in the back.  Even though this is a litte out of focus, I kind of like it. 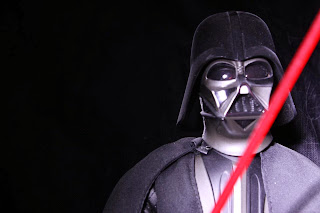 I felt like I was closer with this one.  It could almost be from the movie but I need to figure out how to make the light look red. 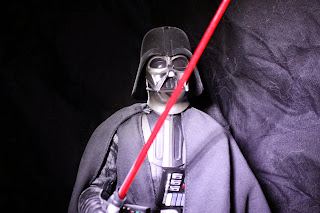 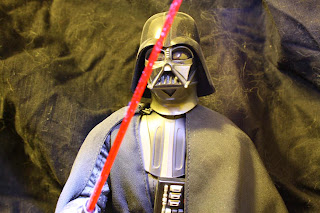 Then I decided to give him some ambient light and hold the flashlight from the bottom.  Close. 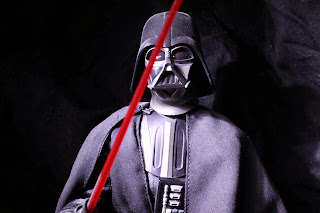 I took the light away again and tried to move the flashlight back and forth. 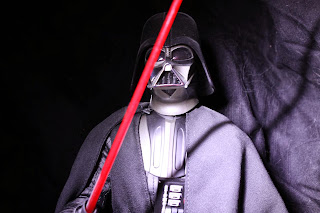 This one is probably my favorite.
Posted by Mikoyan at 9:44 PM