The Holidays Around Campus Martius

Next I decided to head over to Campus Martius.  I was hoping to catch some holiday lights and I know they were setting them up from the last time I was around there. 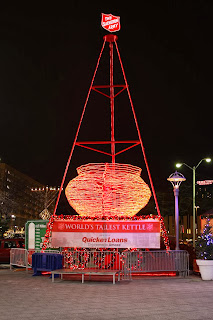 A giant kettle for Salvation Army.  The Salvation Army was formed in England in 1865 by one time Methodist Minister William Booth.  It is organized in a similar way to an Army (hence the name).  The Salvation Army spent its time trying to help the dregs of society.  In 1880, it found its way to the United States.  Currently it operates in 126 countries from 15,175 congregations.  There are a total of 1.4 million members.  The Red Kettle is the symbol of their Christmas campaign to raise money for the needy.  I'm not going to get into their controversies here but there are a few. 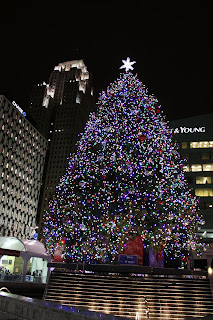 The Campus Martius christmas tree.  It came from Wexford County which is near Cadillac, Michigan. 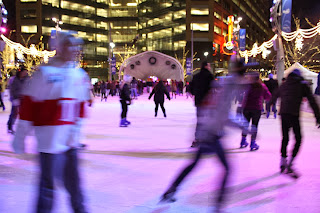 I'm not sure when they started to have a skating rink here but I know it's been a while. Another view of the Christmas tree. 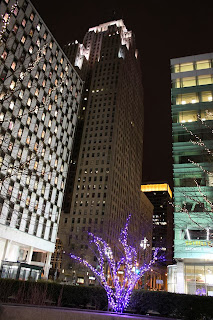 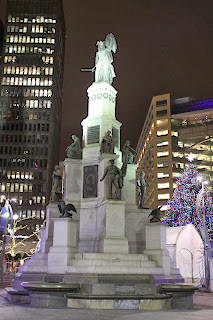 The Soldier's and Sailor's Monument. 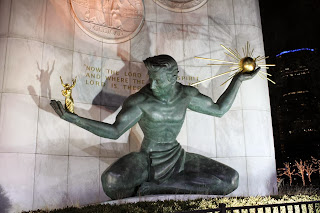 The Spirit of Detroit all lit up.  I actually think it looks pretty cool at night. 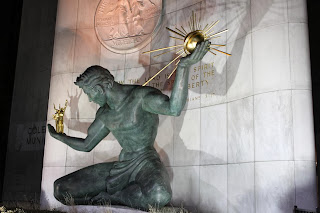 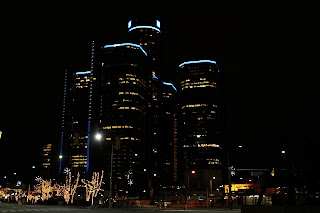 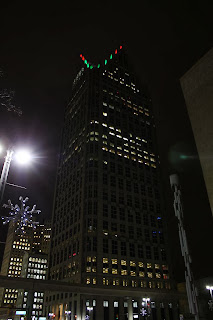 I kind of liked the Green and Red lights at the top of the Comerica Tower.  I wish the rest of the building were better lit though. 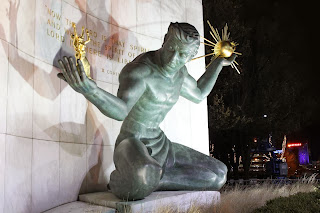 Back to the Spirit of Detroit. 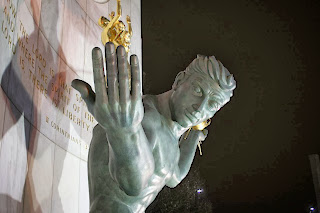 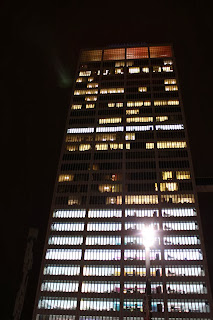 Looking up at the One Woodward Building.  I kind of wish this were lit up in Christmas colors. 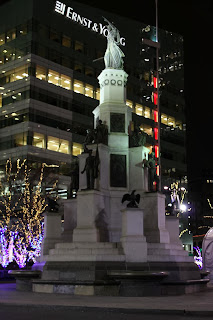 Another shot of the Soldier's and Sailors Monument. 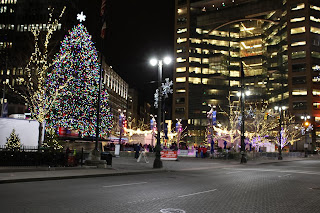 A more or less overall view of Campus Martius. 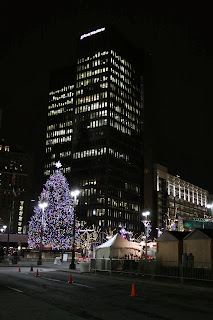 Trying to get a shot of the tree with some buildings in the background. This was a couple blocks up from Campus Martius.  I thought the lights looked pretty cool. 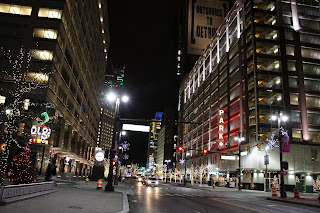 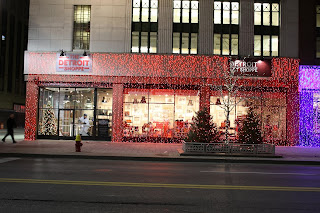 A shot of one of the shots. 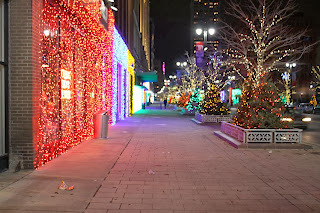 Looking down the sidewalk. 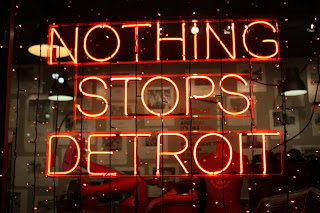 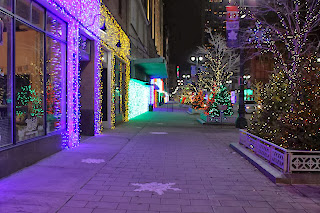 The sidewalk bathed in purple light. 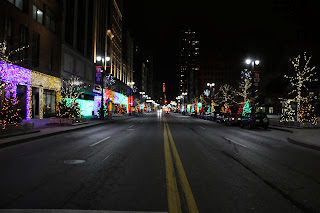 Looking up Woodward towards the Fox Theater. 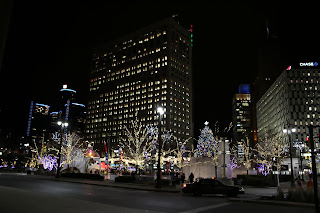 A view of Campus Martius from the other side. 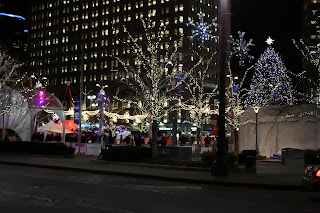 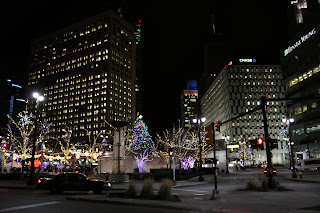 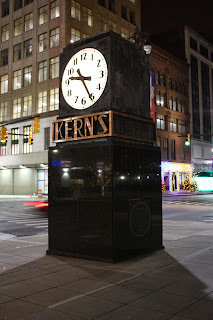 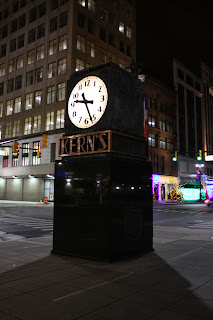 A longer exposure to get more of the shadows.  I kind of like this shot a little more. 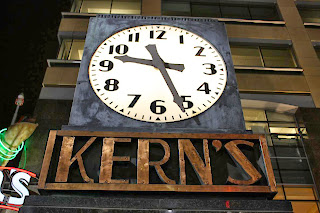 Looking up at the clock. 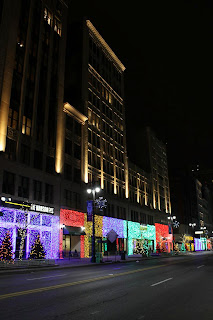 One more shot of the buildings.  I will have to admit, they do a pretty nice job on this area of Detroit.  It looks pretty nice around the holidays.
Posted by Mikoyan at 10:10 PM