As I was heading back to the other end of the St. Clair River in an effort to catch the new build on the lakes.  I looked out and saw the three ships as I was passing St. Clair. 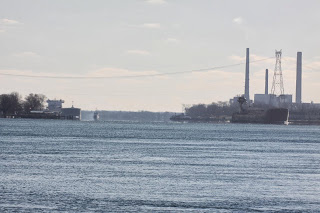 The three ships are the Pathfinder in the front, Indiana Harbor and Biscayne Bay. 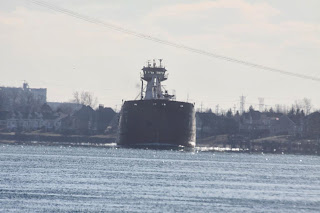 The Dorothy Ann/Pathfinder is a tug/barge.  At one time, the Pathfinder used to be known as the J.L. Mauthe and was built at the Great Lakes Engineering Works in River Rouge, MI.  In 1998, she was converted to a barge. 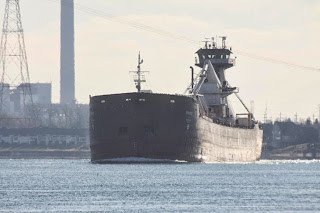 I understand why they convert ships into barges but I still don't like it. 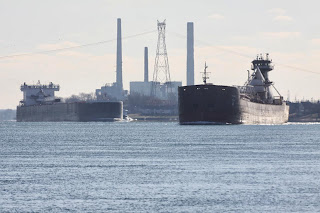 Here the Pathfinder is being followed pretty closely by the Indiana Harbor. 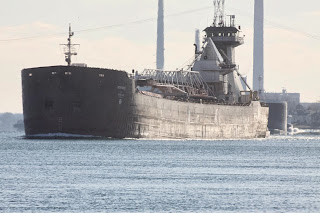 A shot as she comes into view. 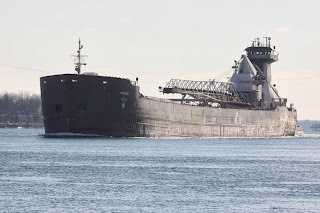 A nice clean shot of her. 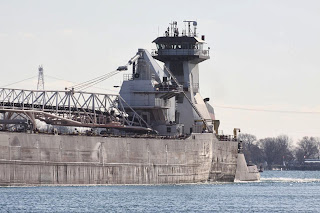 A shot of her tug. 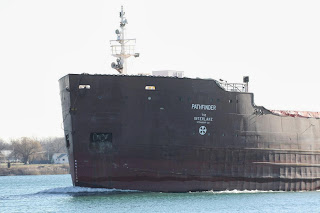 You can still see hints of the ship she used to be. 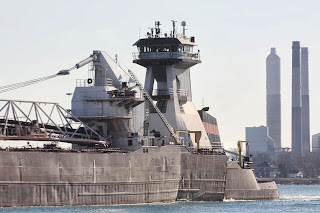 Another shot of her tug. 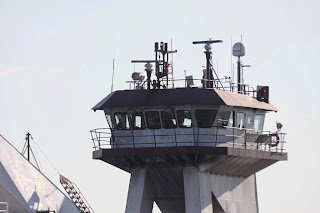 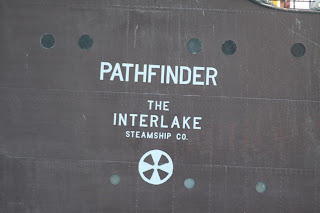 A closeup of her name. 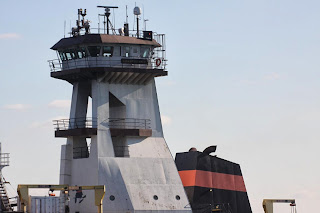 A more pulled back shot of the pilothouse. 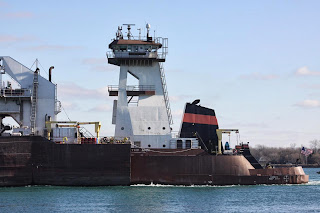 A side shot of the tug. 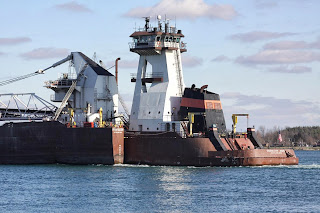 And the pair move out of view. 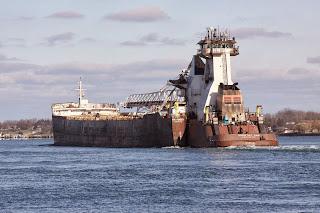 And head up the St. Clair River.
Posted by Mikoyan at 5:57 PM