So I went to the Eastern Michigan Basketball game tonight.  They were playing the 21st Ranked University of Masschusetts Minutemen.  This is the first time Eastern has played a ranked team at the Convocation Center since 1994.  Based on what I saw of the game they played against Kentucky last week, they look like they are close to being up to the challenge. 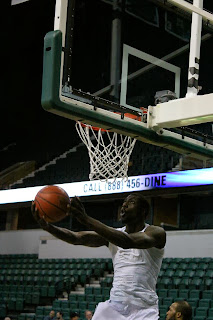 Caught a few shots during the practice.  Glenn Bryant taking a dunk.  I just missed a shot of someone hanging on the rim. 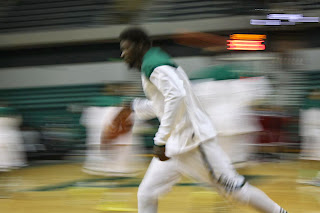 Olalekan Ajayi going for the basket.  I tried to slow the shutter speed way down and panned.  I kind of like the abstract effect. 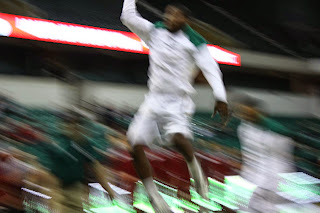 I would have liked this a little more had I got the basketball in the pciture. 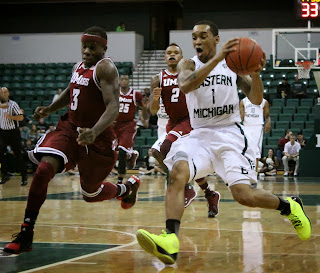 Mike Talley going for the basket. 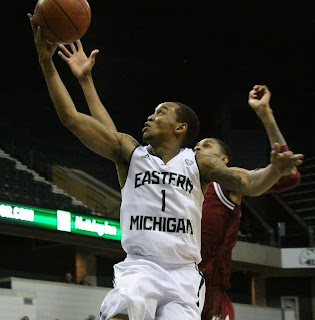 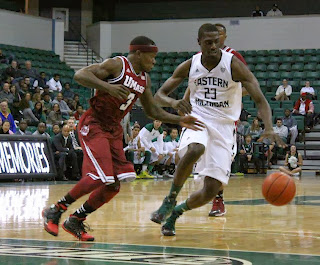 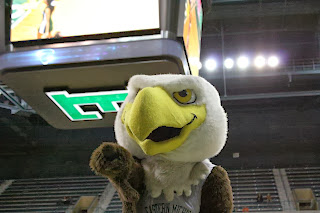 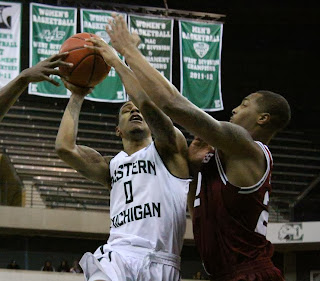 Raven Lee heading for the basket. 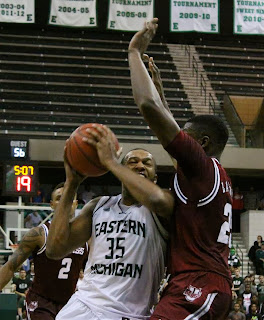 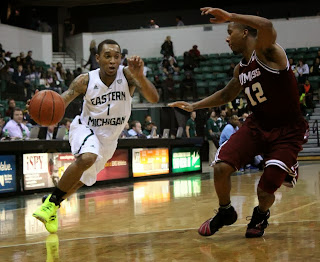 Another shot of Talley.

Eastern actually led by 4 at the half but UMass proved too much for them in the second half as they fell 69-57.  I think they are actually pretty close to being a power.   They will definitely compete for the MAC.
Posted by Mikoyan at 7:54 PM