Messing Around With the New Tripod 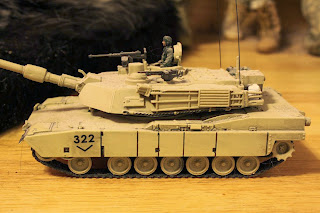 I do like taking pictures of them but in order to get a decent shot, you need to shot a lower f-stop to get rid of some of the depth of field issues.  If you don't have enough light, you do need a tripod.  The above tank is the M-1 Abrams which was developed by Chrysler in the 70's.  It used a turbine engine and I think it can burn pretty much anything for fuel.  Because of the turbine, there were a number of growing pains but once those were worked out, it became a pretty awesome tank. 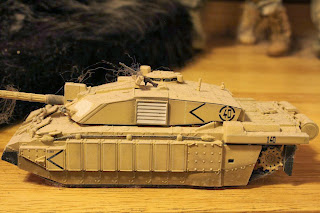 Next up is the British Challenger tank.  It uses the same armor as the Abrams and both tanks would match up pretty well, I think.  I've heard that a slight edge goes to the Challenger though. 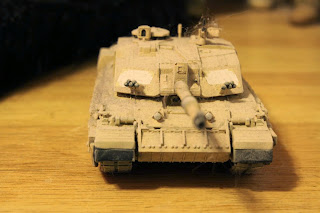 A shot from the front.  One of the things I'm going to like about this tripod is that the head is pretty adjustable and I can get some angles that I couldn't with the last one.  I'm not sure if that will come in handy in the field but it will certainly come in handy with pictures like this. 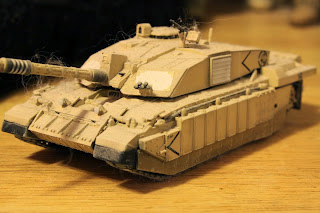 The three quarters shot that I'm so fond of for vehicles. 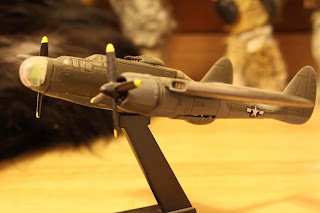 Next up is the P-61 Black Widow.  It was one of the first purpose built night fighters for the United States.  It was a pretty decent fighter in that role. 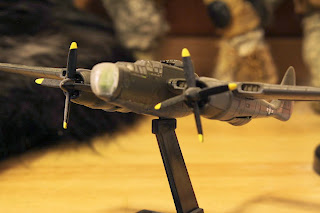 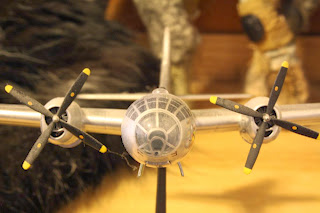 Next up is a B-29 Superfortress which was developed by Boeing.  The idea came about in 1939 when the US requested a bomber that could carry on a war in Europe from the United States if necessary.  The first flight occurred in 1942 but there were a number of issues in development.  One of the biggest issues was the tendency for the engines to catch fire but eventually these were worked out and it proved to be a very successful design. 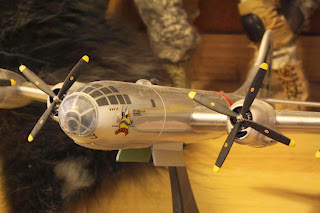 The plane didn't see much use in Europe but it did see quite a bit of use over the Pacific.  This particular model is of the plane that dropped the bomb over Nagasaki.  During the war, a couple of these were landed in the Soviet Union and Stalin ordered them to be copied them exactly to produce the first Soviet heavy bomber (designated Tu-4).  They went so far as to take paint samples in order to get the greenish interior colors.  The Soviets even had the issue with the engine fires, but they worked them out. 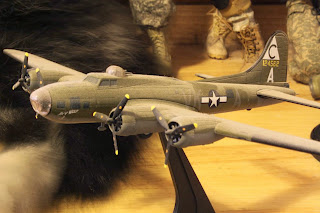 And we end with the B-17 Flying Fortress, famed bomber of the European Theater.  Behind that, you can see Zappa's paw.
Posted by Mikoyan at 8:51 PM