Recently mlive.com put out a list of the top 50 pizza places in Michigan and Buddy's Pizza was Number 1.  I've never been there before but I've wanted to try it out at some point so I decided that tonight would be as good as any night.  Although had I done a little research I would have gone to the original location and not the one in Dearborn. 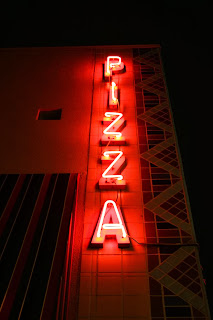 In 1936, Buddy's started as a blind pig, skirting the state and Federal alcohol laws at the time.  The owner was August "Gus" Guerra.  It was at the corner of Conant and Six Mile Roads. 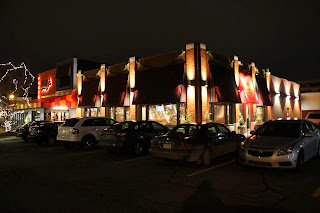 In 1944, he decided to turn it into a legitimate tavern but with the war going on, business was still pretty slow. 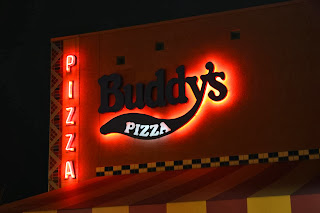 In 1946, he added Sicillian style pizza to the menu.  I believe this is the current square pizza that is offered in the restaurant.  I've also heard this referred to as Detroit Style Pizza.  I will get into that a little later. 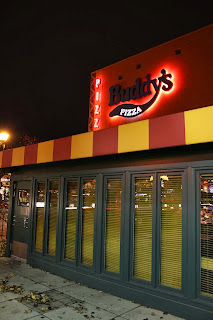 In 1953, the restaurant and recipes were bought by Jimmy Bonacourse and Valenti.  In 1970, it was bought by Jim and Shirlee Jacobs and it is still in that family. 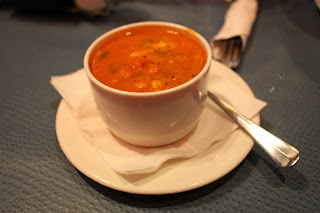 For a starter, I decided to have a bowl of Minestrone soup and it was pretty good.  The soup is homemade. 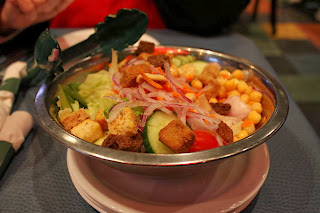 My mom had a salad and that looked pretty good as well.  There was quite a bit of salad there. 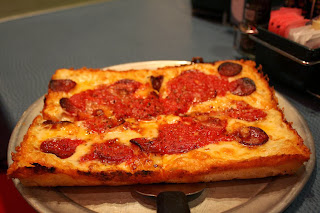 Since the Detroiter was recommended in the article, that is what I decided to have.  Probably the main characteristic of a Detroit style pizza is that it is square instead of round.  Typically it is a deep dish pizza as well.  In this case, the crust was very airy and didnt' taste heavy at all.  Another characteristic of the Detroit pizza is the caramelized cheese at the edges.  That gives it a nice crisp.  The last characteristic is that the sauce is on top of the ingredients instead of the bottom.  I will have to admit this was a very good pizza and I will have to go there again.  Apparently in 2003, it was named one of the top 5 pizzas in the United States. 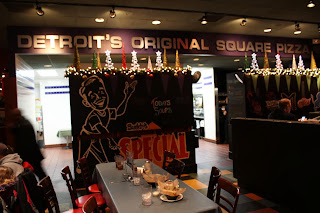 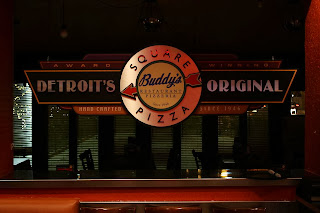 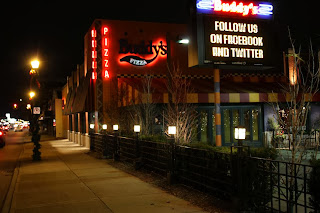 Like I said, I ended up going to the Dearborn restaurant.  Next time, I'll have to wander over to the original one.
Posted by Mikoyan at 9:44 PM