A Snowy Christmas in Ypsilanti

I was hoping to catch a picture of the Wolverine as it passed through Ypsilanti but I ended up getting out too late and I just got to watch it pass through Depot Town.  Oh well.  I figured that while I was out, I would get some pictures. 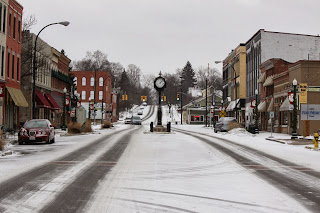 Since I was already in Depot Town, I figured I would get some winter shots of it.  There wasn't alot of snow but there was enough to make things interesting. 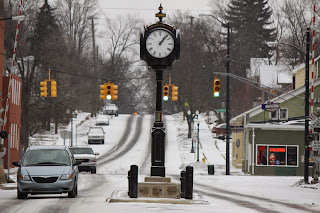 Decided to get a closer shot of the clock.  I really like this clock and even though it's not an old clock, it has that old time feel to it. 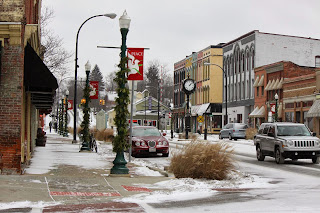 A shot from another angle. 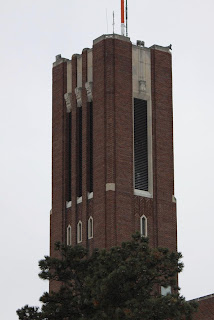 Then I headed over to Eastern's campus to get some shots there.  No snow on the Bell Tower but I did like the look of the evergreen under it. 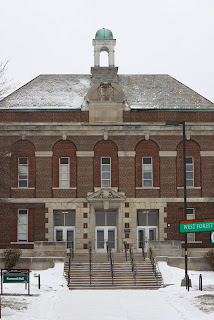 A shot of Roosevelt Hall. 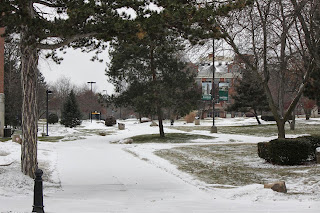 Looking down what used to be Campus Drive at one time.  They decided to close it down and make a walkway out of it.  It actually looks kind of nice and even nicer in the springtime. 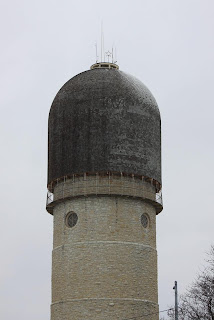 I couldn't wander close to Eastern's campus without getting at least one shot of the Water Tower.  I may have to wander back tonight to get some shots of it with lights around it. 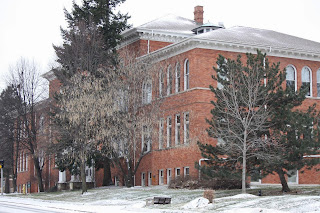 Welch Hall.  I kind of wish I could see it without the trees but it looks nice this way anyway. 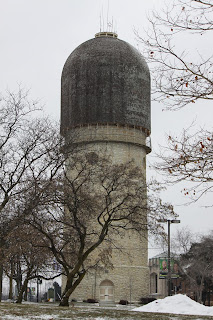 Another shot of the tower. 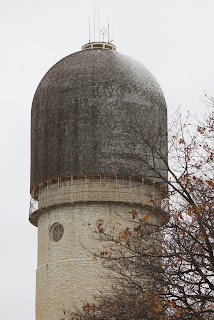 And another.  There still wasn't enough snow to cover the top. 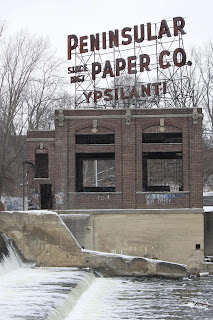 Back closer to home and some shots of the Peninsular Paper plant.  Even though this building is now a shell, I like the way it looks against the river. 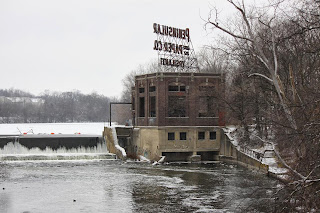 My favorite angle of the building. 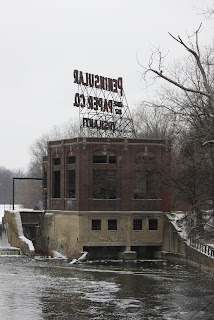 You can almost see the reflection in the river. 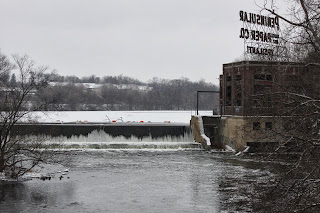 One more shot of the mill.
Posted by Mikoyan at 2:15 PM