Next up in my set of pictures is a Coast Guard Cutter. 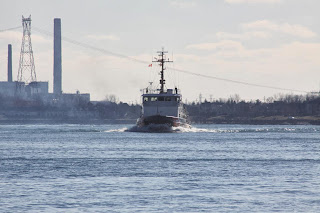 Making her debut on Michigan Exposures is the Biscayne Bay, which is another of the 140 foot bay class icebreaking harbor tugs. 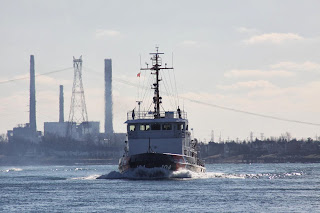 She was launched in December of 1979 and has served out of St. Ignace since then.  She was built by the Tacoma Boatbuilding Company of Tacoma, Washington. 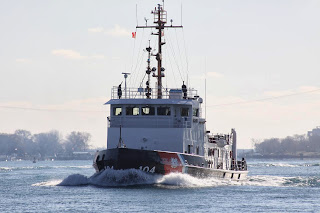 She serves a multitude of functions.  During the warmer months, you will see her with a barge as she is used for maintaining buoys and other aids to navigation. 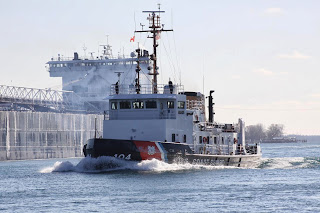 During the winter, she is used as an icebreaker and will occasionally help get ships out of jams.  Here she is blowing by the Indiana Harbor. 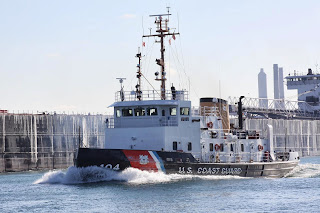 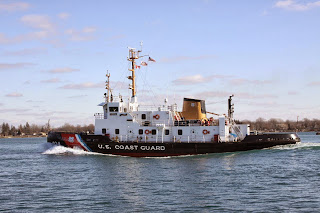 And the lighting was just bout perfect for me. 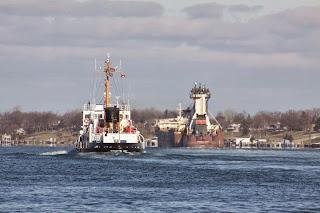 Here she is following behind the Pathfinder.
Posted by Mikoyan at 6:07 PM