It was a nice enough looking day today that I decided to get my last ship of the year.  It was pretty cold though. 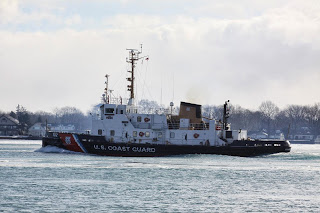 As I was working my way around Belle Isle towards the Rocky Beach, I managed to pass the Bristol Bay as she was heading towards Lake St Clair and beyond.  I decided to stop and take a picture of her. 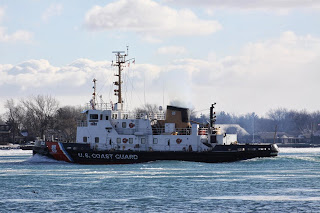 Well a couple pictures of her.  I figured I needed some pictures of her as the Coast Guard doesn't get enough love on this blog.  This particular boat is a ice breaker/harbor tug/buoy tender.  I would imagine she was making her way somewhere to help with the ice.  It seems like the ice has come to the Lakes earlier than in recent years.  It is making shipping in December more unpleasant. 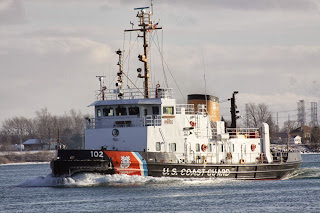 I would have stuck with one ship and one tugboat, but I saw another ship heading into Lake St. Clair as I was taking pictures of what I thought was going to be my last ship of the year.  So I decided to head up to Marine City and points beyond to get a shot of her.  As I was in St. Clair, the Bristol Bay had caught up with me.  The lighting was a little better for me, I think. 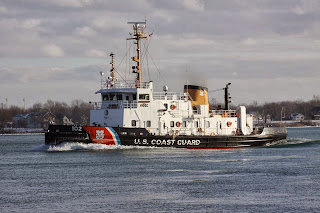 She's kind of a nice looking little boat.  Not as nice looking as some of the older Coast Guard vessels, but it will do. 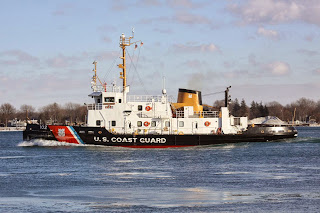 She cuts a nice profile. 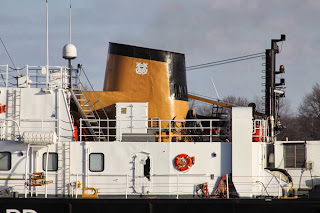 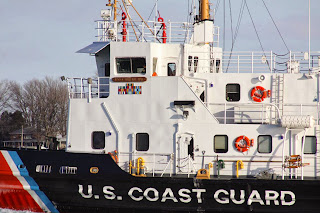 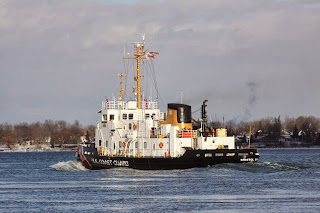 And she moves up further on the St. Clair River.  It seems that she ended up at the Coast Guard Station in Port Huron.
Posted by Mikoyan at 7:51 PM