Saturday Morning With the Roger Blough

I decided to go boatwatching on Saturday.  Mainly I was hoping to catch the newest ship on the lakes but I also saw that I had a chance to catch an old favorite. 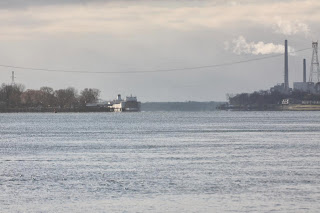 The old favorite is of course the Roger Blough.  I saw on AIS that I had a shot of catching her in the upper St Clair River, so that's where I decided to head.  That would also put me in a position to catch the newest ship on the lakes later in the afternoon. 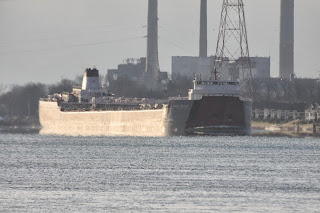 So my day boatwatching started on the boardwalk of St Clair.  It's actually one of my favorite spots for watching boats. 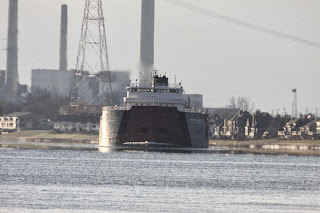 As you can see from the first picture, you can see them coming from a ways away.  It also gives you opportunities to get headshots of the ships. 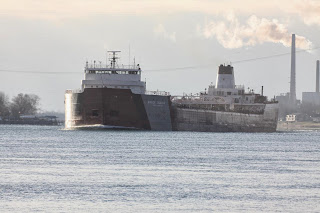 I think you can also get different angles than on the Detroit River. 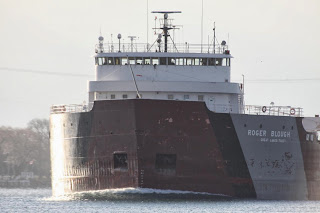 A shot of the bow. 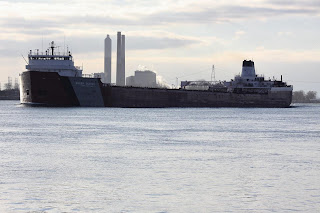 Sadly, I was shooting into the sun for many of the shots. 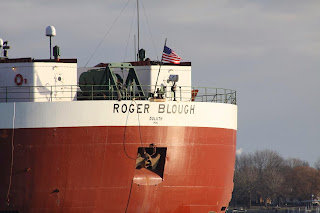 Although the shots as she passed were pretty nice. 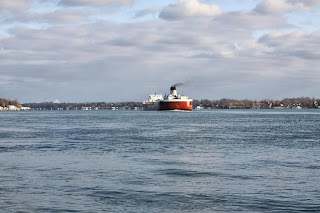 One more shot as she left St Clair. 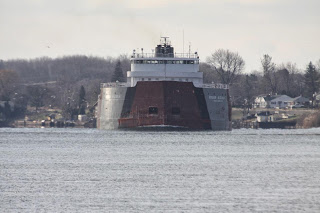 Next it was off to Marysville.  There is another pretty nice spot. 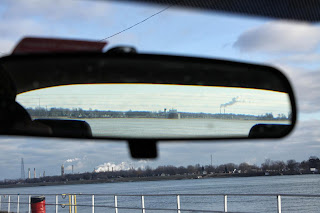 That gives me a chance to get pictures of the ships in my rear view mirror. 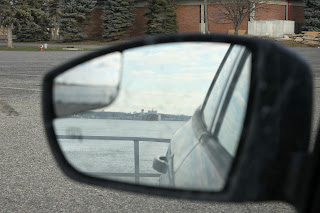 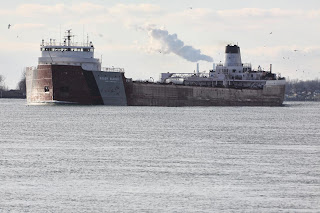 And she slowly works here way past. 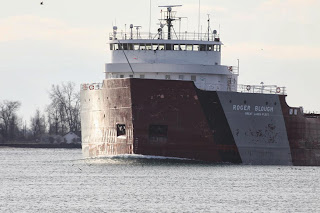 Another shot of her bow. 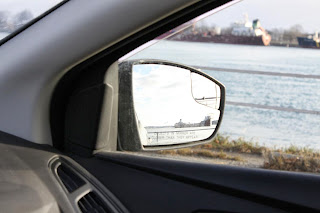 I'm not sure how close she is. 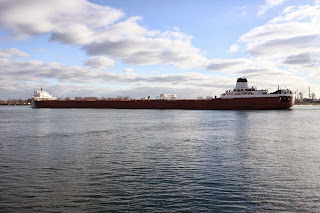 And she passes by. 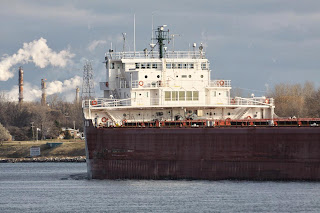 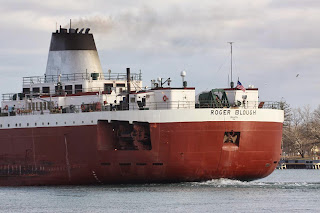 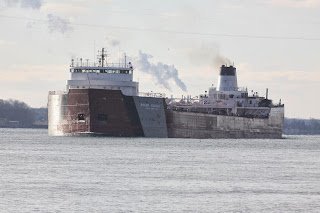 Next it was off to Port Huron.  There are a couple of really nice spots for boatwatching. 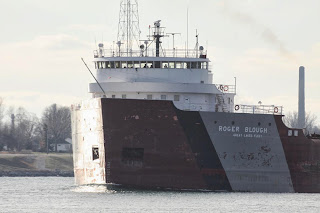 I think one of the reasons why I like shooting along the St Clair River is that it's not built up on the other side. 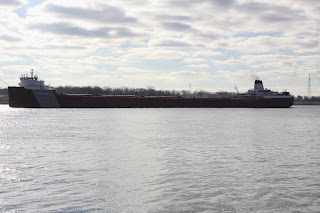 An almost side shot. 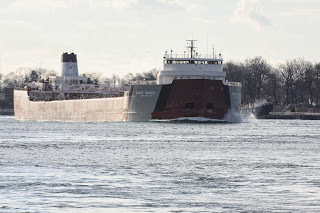 Next it was off to the Blue Water Bridge. 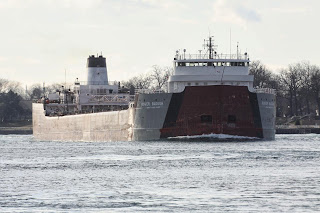 It affords me some nice dramatic angles. 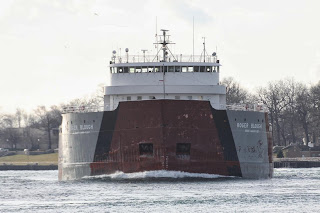 One more chance for a headshot. 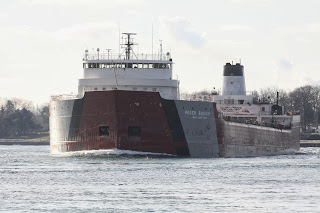 She slowly works her way to the bridge. 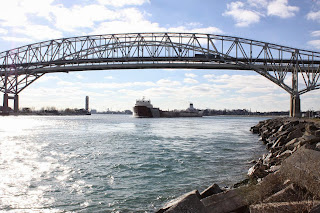 A shot with the bridge.  But again, I was shooting into the sun. 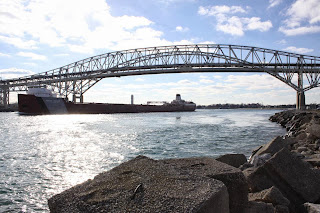 So not as nice as I hoped. 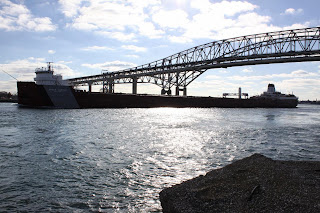 But it will do. 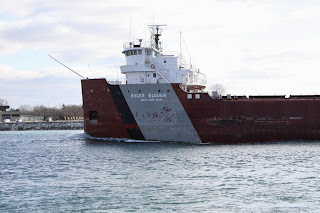 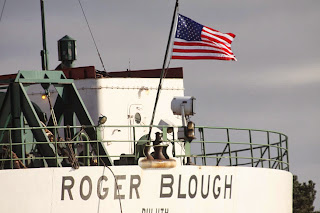 Her US Flag flapping proudly in the breeze. 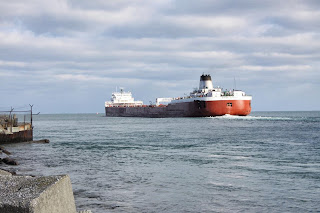 And one more shot as she heads off into Lake Huron and points beyond.
Posted by Mikoyan at 5:34 PM