As I was at Belle Isle, I noticed a couple of vessels anchored on the River.  I figured I would get a better shot at them from other parks, so I headed over to Milliken Park.  I took a wrong turn and decided to park at Chene Park first.  I have never been there before, so I decided to take some pictures. 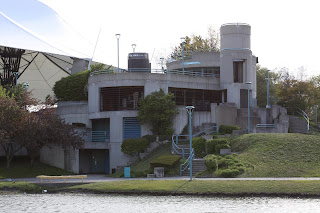 I will admit that I was always curious what the tent like structure that was just to the east of Milliken Park was.  I just never stopped there before.  I may have to stop there again because it looks like it might be decent for boatwatching. It is part of the Riverwalk and eventually you will be able to walk from the Ambassador Bridge to Belle Isle.  Currently, I think there are a few gaps.  At any rate, the tent like structure is a 6,000 seat ampitheater.  It was completed in 2003. 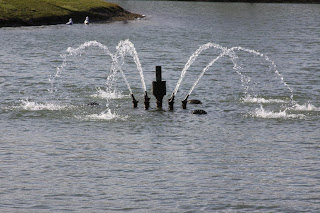 The grounds are pretty nice as well. 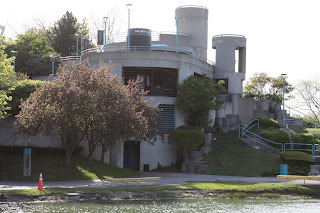 I think this is the stage and other things. 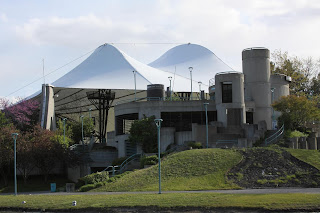 The tent like structure is made of PTFE and the complex was designed by Architen Landrell. 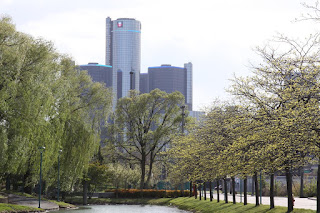 A view of the Ren Cen from the park.  I really like the trees in this.
Posted by Mikoyan at 7:20 PM