An Evening with the Roger Blough

I like lake freighters.  They come in many different shapes and sizes.  I really like the look of the classic lake freighter though.  The ones with the pilothouse to the front and the deckhouse to the back.  There is a nice tradition to that look.  However in my books, there is one freighter that stands above the others.

My favorite freighter is the Roger Blough.  I honestly don't know why.  She is certainly one of the more unique of the classic lake freighters though.  At any rate, before I left work tonight, I saw that she would be coming upbound on the Detroit River and would hit Detroit at about the same time I would if I left work at that time.  So I beat feet out of work and headed towards Detroit.  As I got on Jefferson, I monitored her progress and saw that Riverside Park was out as she was almost under the Ambassador Bridge.  So it was the race to Belle Isle...well not much of a race as I could make a little more speed on a freighter and I had a head start.  That didn't stop me from putting one of the songs from Das Boot on though. 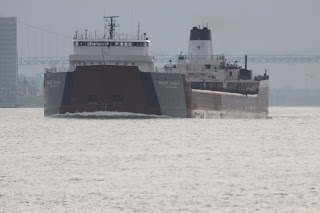 So I arrived at Belle Isle to see one of my favorite views.  The almost head on shot of the Blough.  For some reason, she reminds me of a snapping turtle creeping low in the water. 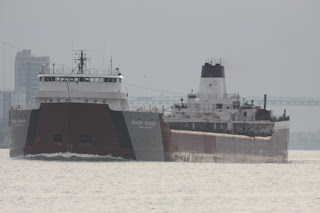 As she was getting closer. 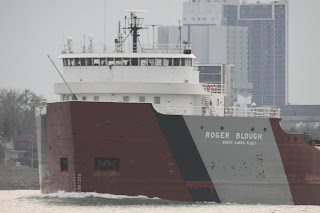 I decided to put the bigger lens on so that I could get a larger shot of her pilothouse.  You can almost see the folks on her bridge. 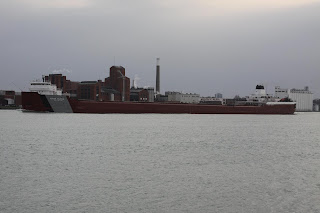 And then I went back to my other lens to get the straight on shot.  I think I would have caught her at the "golden hour" but it started to cloud over.  I do however like the pinks in the clouds. 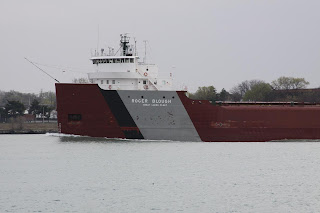 A closeup of her pilothouse. 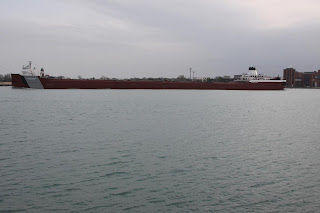 A shot of her with almost a clean background. 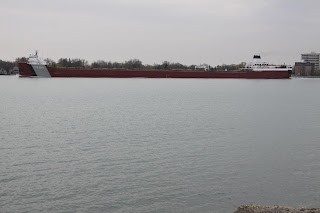 After she passed by, I went a little further down the island.  This gave her a cleaner shot for her straight on shot.  But I don't like the sky as much. 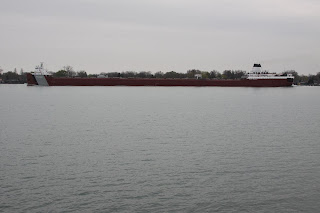 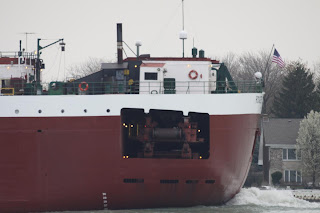 So I went back to the big lens to give a shot of her unique self unloading system.  I think it is similar to the self unloader of the Stewart Cort. 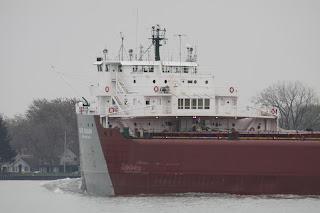 As she is passing by. 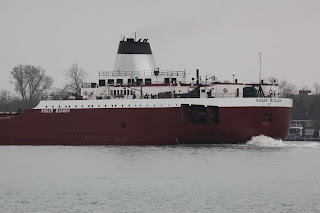 A shot of her deckhouse. 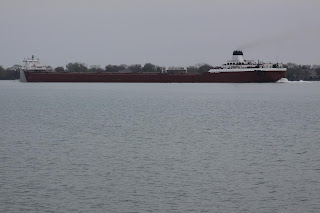 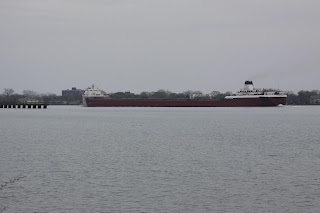 As she is passing the pier on the other side of Belle Isle.

And there you have it, more shots of the Blough.
Posted by Mikoyan at 7:53 PM

Based on where she's going, she will probably be back in the area around Sunday or Monday.