So after finishing with the Lee Tregurtha, I decided to head over to Riverside Park.  I was hoping that I could see the Arthur Anderson at the docks (more on that in the next post).  Little did I realize that the Tregurtha would be moving slow enough that I could get more pictures.

I also saw that the CSL Niagara would be docked in Windsor but I wasn't sure how well I could get her picture.  She's appeared on this blog before...so no biggie. 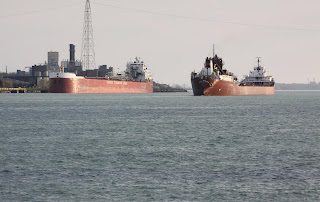 As you could probably tell from the last post, I was able to get a couple pictures of the Lee Tregurtha from Riverside.  But I was kind of happy to get this shot.  I always love it when I can get a shot of two ships passing. 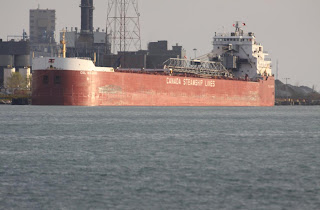 I'm not a huge fan of the ships with the pilothouse and what not in the back of the ship.  They remind me too much of the ocean going ships and don't seem unique to the Great Lakes.  But whatever floats people's boats, I guess. 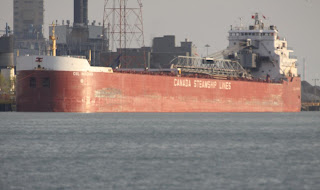 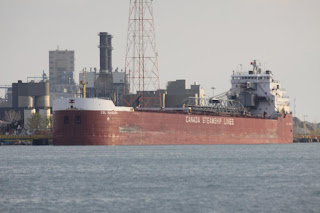 A little bit of motion blur for you. 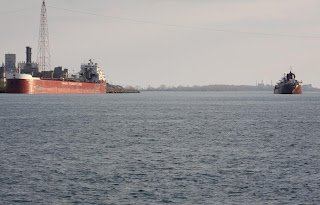 Another shot with the Tregurtha.
Posted by Mikoyan at 7:17 PM

I agree with you on the pilothouse-in-the-back thing, but I must confess that I find Algoma Mariner and Algobay very attractive.