And a Huge Surprise

As I was trying to work my way back to M-52, I ended up on Unadilla Road and somehow I found myself passing the Sand Hill Glider Club.  Normally when I pass, I don't see any activity but it was different on Friday. 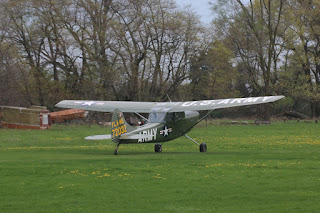 I saw some people on the field and it looked like they were attaching a glider to this L-19 plane. 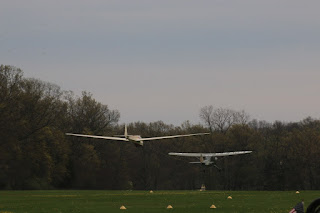 So I stopped and sure enough, they were taking a glider up into the air. 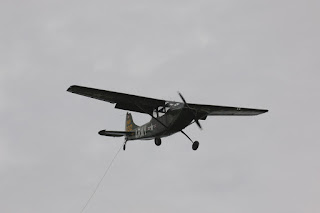 The L-19 Bird Dog was an observation plane developed from the Cessna 170 for the US Army.  It was the first all metal monoplane developed by and for the US Army since the separation of the US Army Air Forces.  It was used mainly as an observation aircraft for directing fire from artillery batteries and first flew in 1949.  It was introduced to the Army in the next year.  Later it was used by the US Air Force and US Marines in similar roles.  It would finally be retired in 1974. 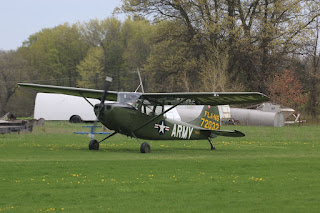 It was a pretty cool looking aircraft at any rate. 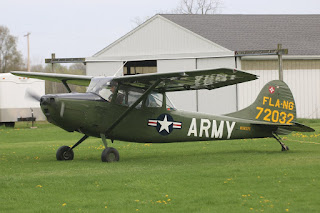 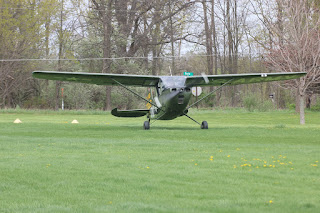 I was trying to slow the shutter speed to get some propeller blur. 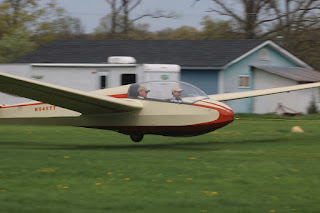 The glider starting to leave the ground. 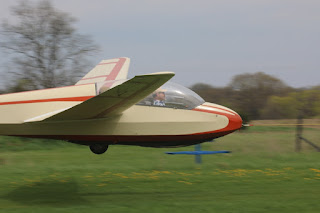 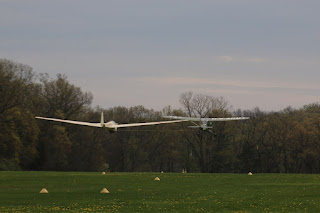 The Bird Dog pulling the glider up to altitude. 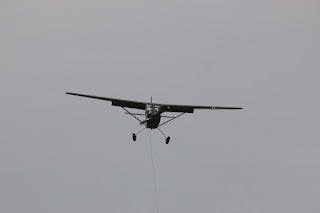 A straight on shot of the Bird Dog as it comes in for a landing. 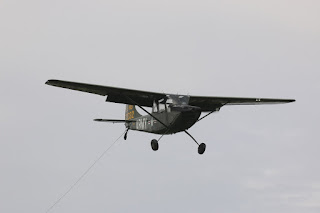 And probably my favorite plane angle. 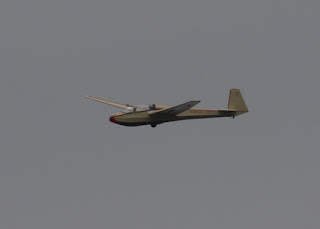 The glider making a circuit around the field.  It's kind of amazing how much control these guys have over their flight. 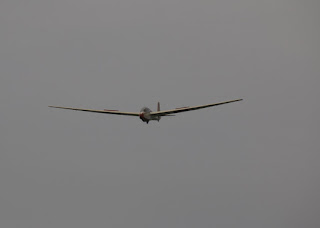 And the glider coming in for a landing. 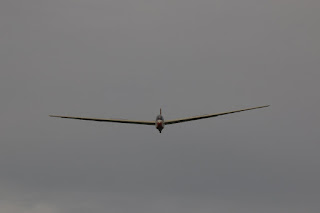 Kind of a pretty sleek profile. 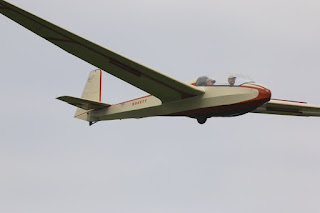 One more shot of the glider.
Posted by Mikoyan at 6:59 PM