As I was getting out of work last night, I looked up at the skies and thought they looked pretty cool.  I figured that would make for a nice night for plane photography.   Planes in front of blue skies are cool enough but there is something about a little weather in the background. 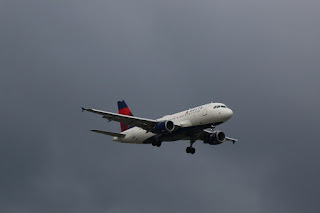 First up is an Airbus A319 arriving from Juarez International Airport in Mexico City.  The skies looked pretty gloomy but at least the rain stayed away while I was taking my pictures. 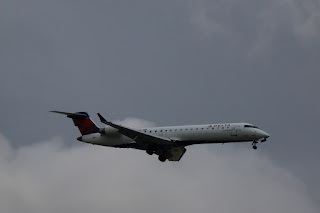 Then there was a CRJ-700 flying in from John F. Kennedy Airport in New York City.  If you have any sort of interest in listening to air traffic conversations look up Kennedy Steve on youtube.  He was a veteran air traffic controller that would occasionally interject humor into his conversations with the planes.  He was very professional though. 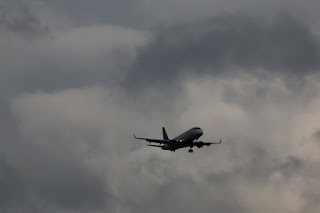 Next up is an ERJ-175 run by Republic Airlines.  It was arriving from Buffalo which is at the other end of New York State. 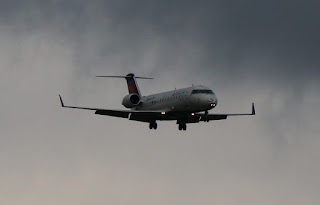 Another traveler from New York.  This SkyWest Aircraft was arriving from Ithaca, NY. 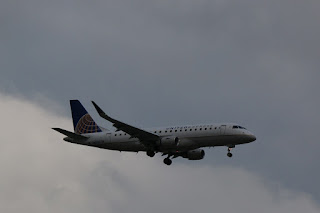 A ERJ-175 operated by Mesa Airlines.  They have the callsign of Air Shuttle.  This particular aircraft was arriving from Dulles Airport in Washington DC. 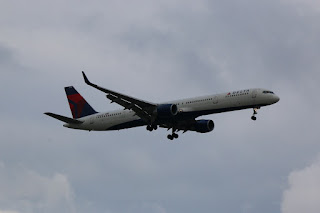 And the reason for part of the title.  As you probably well know, my favorite commercial aircraft is the Boeing 757.  I think they are one of the sleeker looking aircraft out there and I think it will be a shame to see them go.  This particular one should have mouse ears on as it was coming from Orlando. 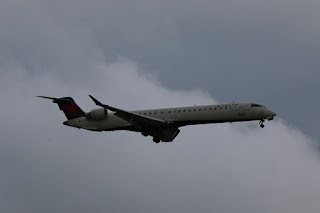 I like the looks of the CRJ, but I think I see too many of them. 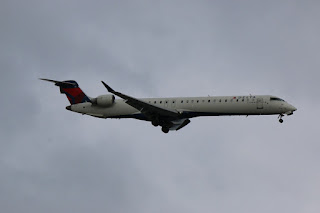 and I'll leave the same comment for this one. 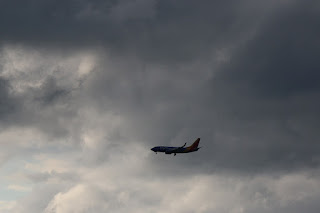 A Southwest plane coming in from Midway Airport in Chicago, IL. 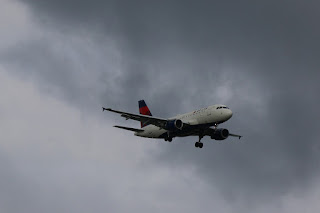 And this plane was coming in with a load of poutine from Montreal. 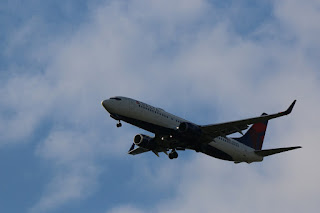 I decided to head over to the other side of the field because I saw that there was another pair of 757s coming in.  Of course, this is a 737 but it was arriving from the Phoenix Sky Harbor. 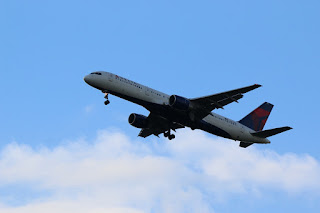 The first of the two 757s was coming in from San Diego. 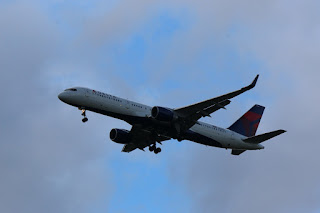 And the other was arriving from the shadow of the Golden Gate Bridge.
Posted by Mikoyan at 9:16 PM