Catching Up With the Algoway

On Friday I saw that the Algoway and Paul R. Tregurtha were going to be making an appearance.  I kind of want to catch the Algoway as much as possible because I don't think she's long for this world.  I have yet to catch the Tregurtha this year, so I decided to head up to Port Huron. 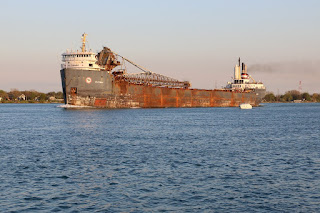 I started in St. Clair.  I wasn't sure if I'd have enough light to catch her in Port Huron.  The light was pretty good in St. Clair though but I almost missed her. 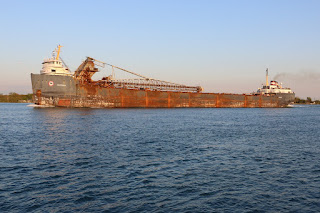 As you can see, she's looking pretty rough.  I don't think she's been painted in a while. 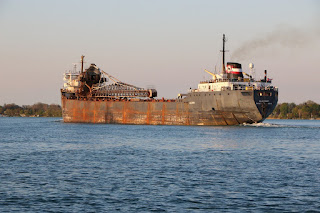 She passes by St. Clair. 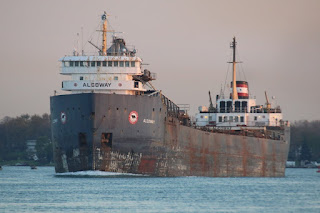 I then headed up to Marysville to catc her there. 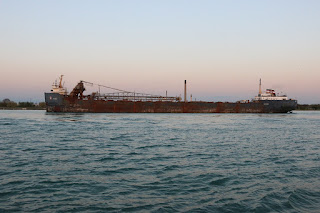 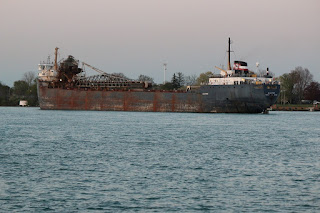 It was a good thing I didn't wait in Port Huron because she stopped for fuel in Sarnia.
Posted by Mikoyan at 9:00 PM