Catching Up With the Algosteel

One of the ships that I was hoping to catch a fair amount this year is the Algosteel.  I believe that she is going to meet the same fate as the Algoway and Algorail.  So I have a feeling that I will not be seeing her again after the end of the shipping season. 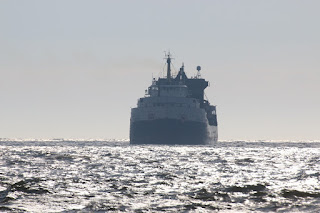 In the time that I've been doing this blog, the Algosteel has become kind of a fixture on here.  There was one year that she was both the first and last ship that I caught.  I think there was even one year when I caught her when it wasn't shipping season.  I think it was that year that I realized she wasn't long for this world because she was doing salt runs. 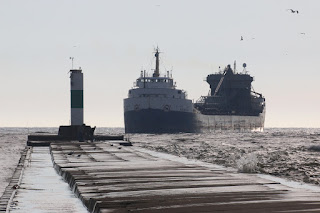 She still soldiered on for a couple more years though. 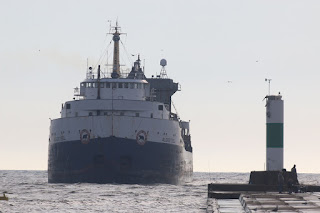 There was one year I even caught her passing through some fireworks. 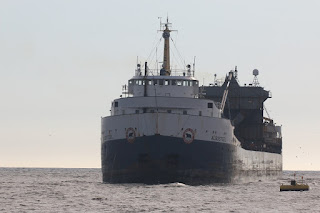 I'm not sure how many times she's appeared on this blog, but it's quite a few. 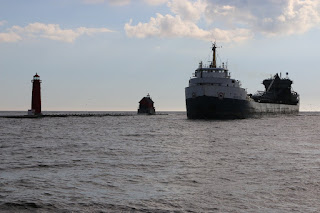 It will be sad to know that I wont see her on the lakes again but I guess I will always have the memories. 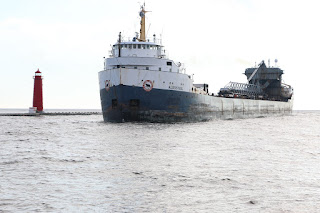 The sad reality is that she doesn't look that bad.  Nor did it seem like she sounded that bad. 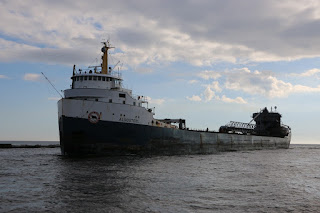 But the ship she will be replaced with will be more fuel efficient and probably have other newer features. 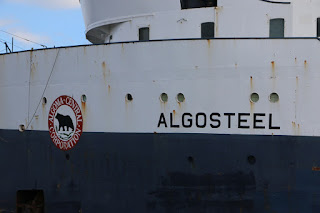 A shot of her bow and the Algoma logo. 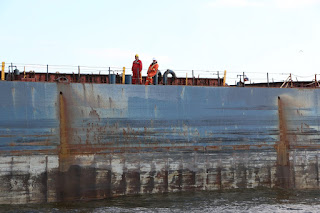 A couple crew members on her deck. 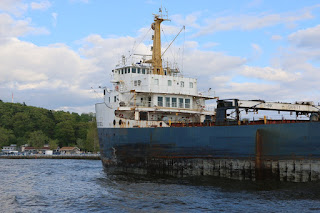 A shot of her pilothouse.  I think after the Algosteel, Algorail and Algoway are scrapped, the Frontenac will be the last Canadian classic laker left on the lakes. 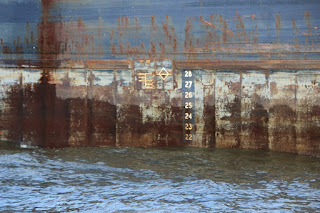 A shot of her Plimsoll markings.  There is quite a bit of rust but I've seen ships in worse shape. 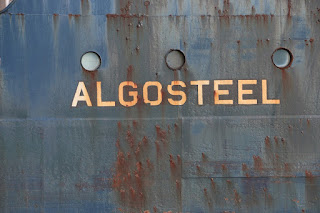 Another shot of her name. 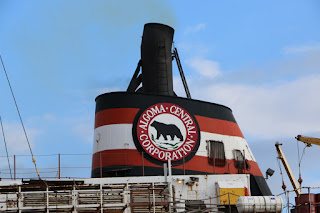 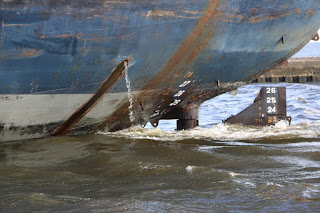 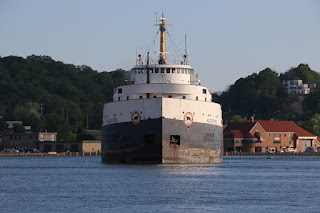 So I headed back to the park near the Calumet.  I figured that I would have better lighting there.  And sure enough I did. 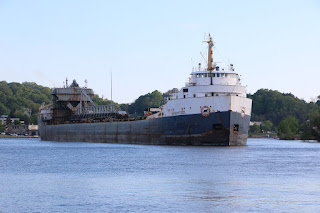 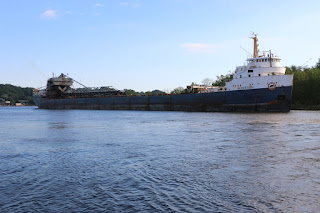 This is the last shot of this series.  Hopefully it's not the last I get of her.
Posted by Mikoyan at 9:07 PM