After kind of a full day on Thursday, I decided to take it a little easy on Friday.  Well, I at least slept in and then decided to head over to Chelsea in order to catch the Wolverine trains that pass around noon or so. 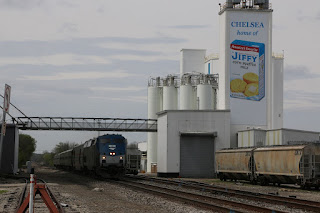 I think the eastbound train was running a little late, so it was the westbound train that I would catch first.  I deiced to put myself in position to catch more of the Jiffy Mix grain elevator.  I was still looking for the killer shot here.  The weather was pretty nice, so that was helpful. 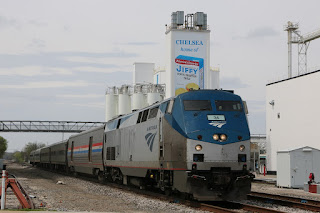 This is pretty darned close to the shot that I've been looking to get.  The Jiffy sign prominently displayed with the train passing.  Now if I could time this to get a freight train, I would be very happy. 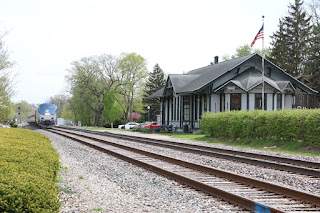 It wasn't too long before the eastbound train zipped by.  For this one, I was also looking for a certain shot.  I would like the station and a prominently displayed train. 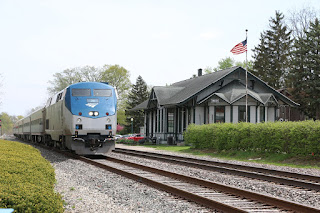 And again, I came pretty close with this one. 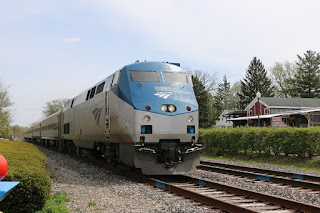 But I think I like this shot a little better.
Posted by Mikoyan at 6:36 PM