Catching Up to an Old Friend

I've been boatwatching now for a little over 8 years.  In that time I have seen many ships but one of the nice things about boatwatching on the lakes is that you start to see certain ships over and over again.  Some of those ships you go to like and you are happy to see them. 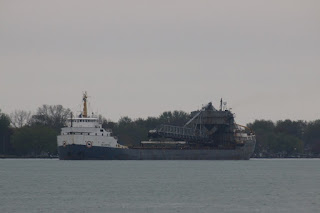 The Algosteel is one of those ships.  Even though she's got that hideous self unloader, she has nice lines for her pilothouse and deckhouse.  When I first saw her, she was still in relatively pristine paint and it seemed like for a while she would be the ship that would either haul away the old year or bring in the new year. 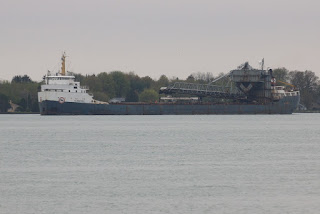 Like I said, a familiar face and in some ways a friend.  For the past few years, Algoma Central has been building new ships in China (and soon to be Croatia).  For ships like the Algosteel, that means her days are number.  It's only a matter of time before her replacement makes its trek across the ocean.  And from what I hear, it's pretty soon. 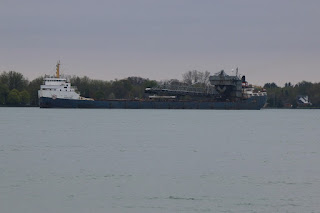 The Algomarine, which I consider as her partner in crime, has already fallen to the cutter's torch.  I think Algosteel got a reprieve because the yard where they are building her replacement has been having issues. 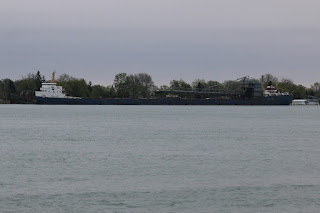 As a result, I will try to catch the Algosteel as much as possible because it wont be long before I write the "farewell to Algosteel" post.
Posted by Mikoyan at 7:19 PM