Catching Up With Another Old Friend

The next ship is another one that is probably not too long for this world. 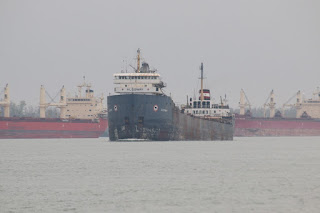 It doesn't seem like it was that long ago that they painted the bow of the Algoway.  I thought that was going to lead to a new coat of paint for the rest of her. 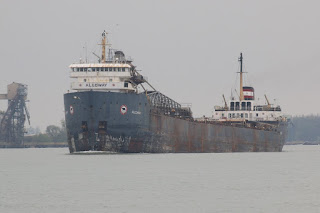 But they only painted her bow. 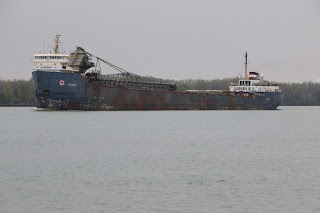 She is starting to look rough.  Although she was looking pretty rough last year. 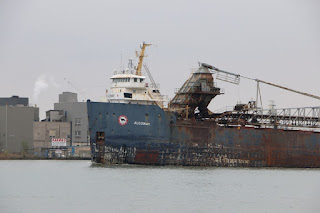 I think she is looking even rougher this year.  She is another one of the Algoma boats that is going to replaced by a Chinese built ship.  I think she got an extended lease on life because the cargos are starting to pick up on the Great Lakes. 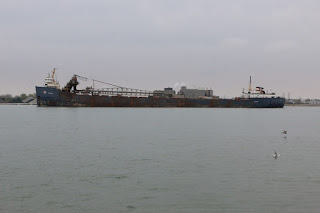 So I guess I'll enjoy her while I can. 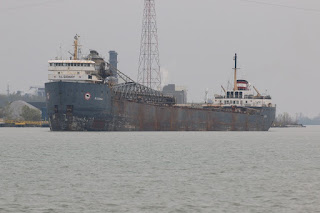 I decided to head over to Riverside Park to catch her at the dock she would eventually go to. 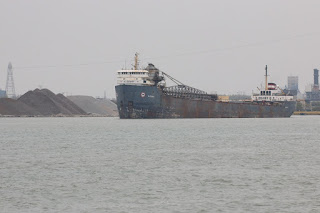 I think she picked up a load of stone in Marblehead. 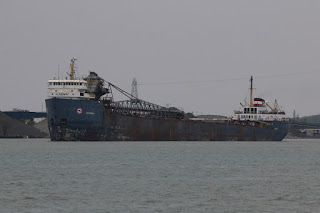 And is bringing it to one of the stone docks in Windsor. 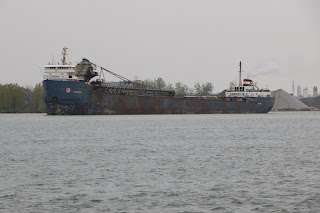 I wasn't entirely sure which one though.

But this is another ship that I will try to catch.  I'm hoping that her sister, the Algorail, gets pressed into service too.  I would like to see her a couple of times before she leaves too.
Posted by Mikoyan at 7:32 PM