I also ended up doing some planewatching.  The traffic patterns weren't right for Metro Airport but there were a couple of planes flying over. 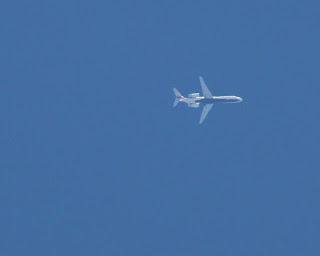 I think this was a Boeing 717 that was flying from Minneapolis to Philadelphia.  It definately was a Delta Airlines plane. 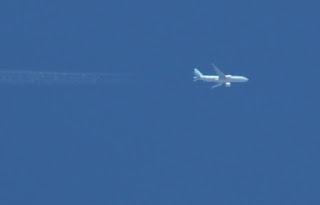 A Korean Airlines 777 that was heading from O'Hare Airport to John F. Kennedy Airport in New York City. 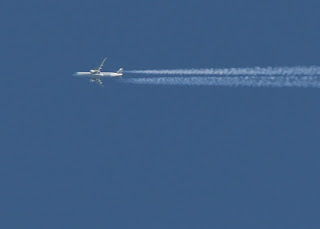 I ended up going to Belle Isle after work and this plane was flying over Belle Isle.  I'm pretty sure it's a 757 but I can't make out the airline.
Posted by Mikoyan at 8:04 PM