It was a fairly clear day today, so I decided to grab lunch and return to the office.  After lunch I had a few minutes to go out back and watch some planes. 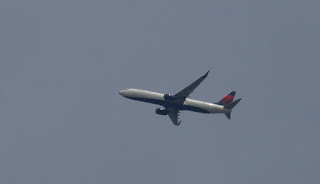 The wind was blowing just right so the planes were getting to altitude at the right spot for me.  I have no idea where the planes are heading because I can't really make out the tail numbers.  This is a Delta 737 though.  It was taking off from Detroit Metro though. 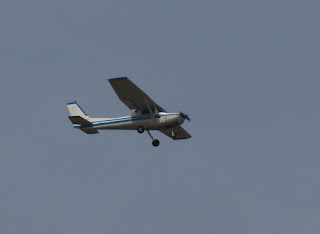 Every so often you can see a plane from the Ann Arbor Airport doing touch and goes.  Occasionally they pass close enough for a better shot. 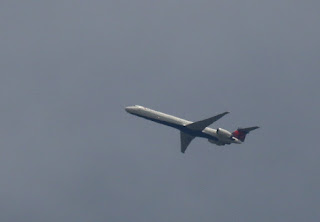 And I think this is one of the DC-9 variants taking off from Metro.
Posted by Mikoyan at 7:35 PM