The next ship was kind of a surprise.  She was following pretty close to the Algoway, so I may have missed her on AIS. 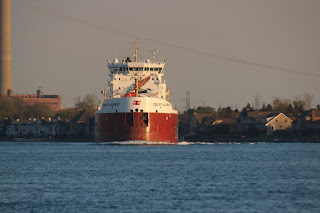 Anyway, she was pretty cool to see.  I do like that mural even though there are a few people that don't. 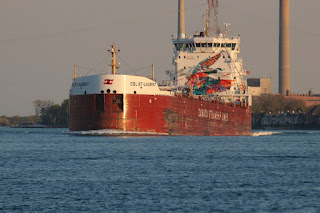 The mural is a commemoration of the 150th Anniversary of the founding of Canada.  I think it is supposed to be a Canada goose, hence the title. 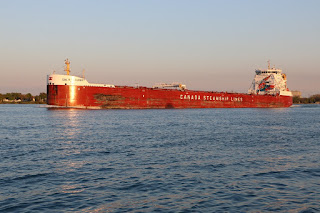 Anyway, the light was just right for me. 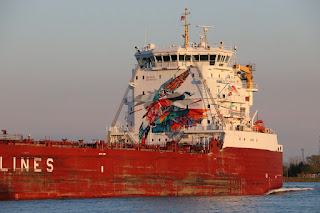 And the mural looks even better in the light. 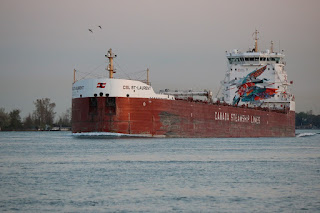 The sun was starting to go down. 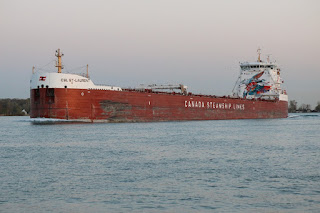 But that gave me a little more subdued light. 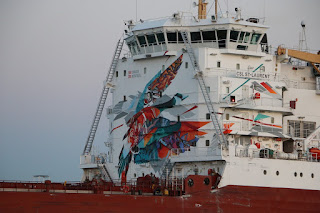 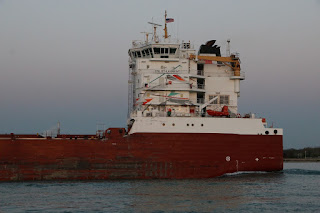 I don't think I noticed the painting on the side of the pilothouse. 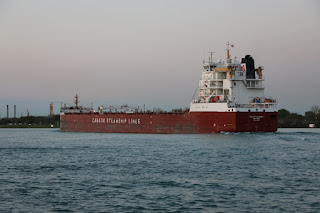 And she heads off.
Posted by Mikoyan at 9:20 PM