Next Up the Olive Moore and Menominee

Next up was a ship that I've seen before but now wearing a new name. 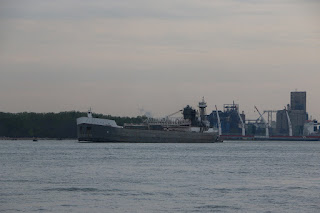 It seems like many of the vessels on the Great Lakes have gone through several name changes.  This is vessel is no exception. 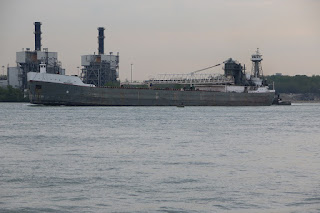 When she was launched, she was named the Sparrows Point.  When she was sold in 1990, she became the Buckeye.  In 2006, she was converted to a barge and renamed the Lewis J. Kuber. 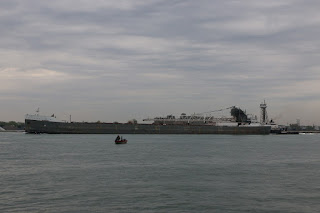 Now she's known as the Menominee.  I think this is keeping with Lower Lakes' practice of naming ships after some of the rivers they visit. 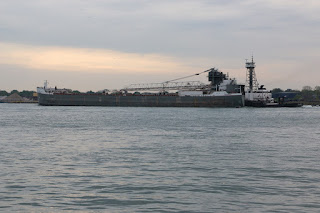 Her tug is still named the Olive Moore though.
Posted by Mikoyan at 1:26 PM