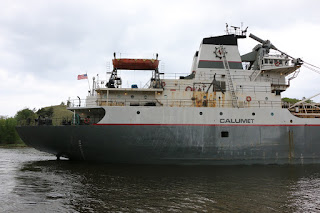 I knew that I would be cutting it pretty close to catching the Calumet coming past the lighthouse but I figured I had an even chance of catching her as she came down the River.  Well it turns out that I just missed (but not by much I think).  Fortunately the place where she unloads is not too far from this little park. 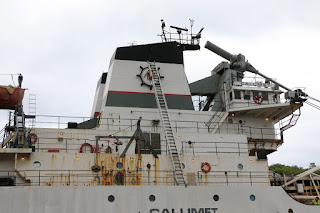 It lets me get shots closer than I could otherwise get. 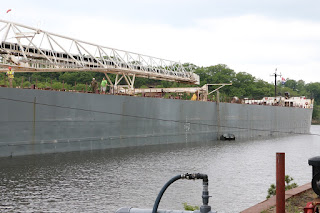 Normally it takes about four hours (or so) for them to unload a ship here, so I thought that perhaps I could catch her going out.  It turns out that they were having problems with the self unloader, so they didn't leave until well after dark (and I left). 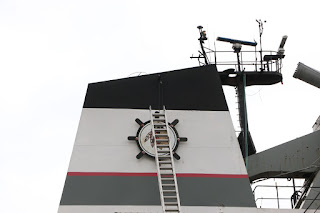 Oh well, I took some other shots of the stack. 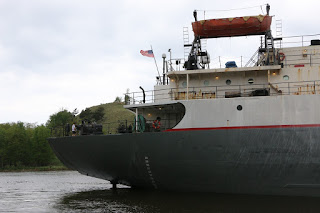 I kind of like the look of these ships (Calumet, Manitiwoc and Robert S. Pierson).   They look sleek. 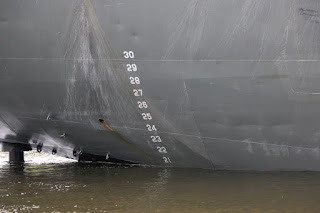 A shot of the depth markers. 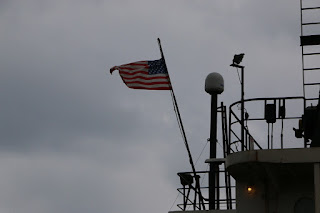 A shot of her flag.  It was a little windy on Thursday. 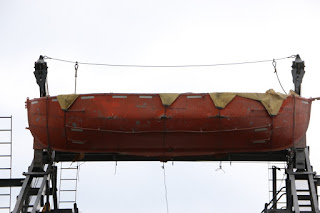 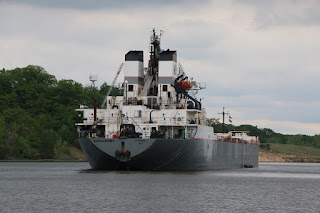 This was probably the best shot I could get under the circumstances.  I tried to see if there was a spot I could get her from the other side of the river, but no dice. 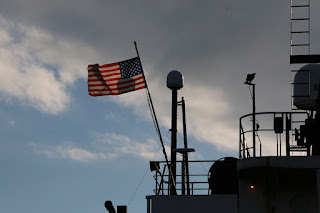 I got this picture of the flag I little later.  I kind of like the way it looked.
Posted by Mikoyan at 7:39 PM