Since Monday was Memorial Day and Monday is also one of the days that I can catch the 787, I decided to head over to the airport first.  As it turned out, the 787 arrived about an hour earlier than expected, so I missed it.  I couldn't pass on the opportunity to get some plane pictures though since I was already at the airport. 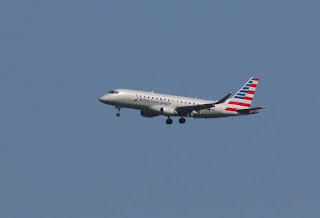 First up was an Embrear 175 belonging to Republic Airlines but operating for American Express.  It was coming in from LaGuardia. 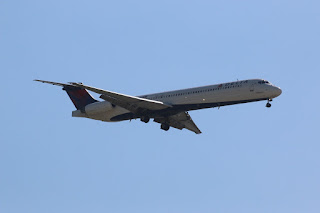 And flying in next was an MD-88 that was arriving from Boston. 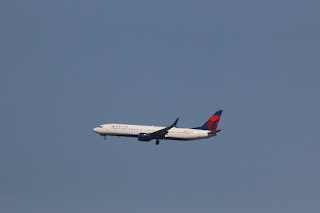 Next was a 737 from Fort Lauderdale. 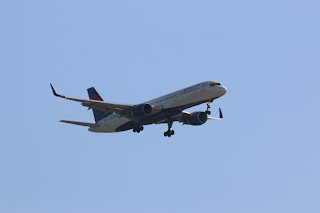 Of course the plane that would make me stay is the 757. 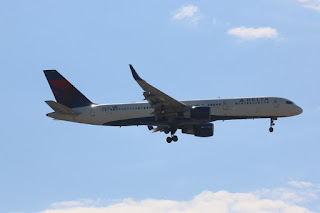 This particular 757-200 was arriving from Southwest Florida International Airport. 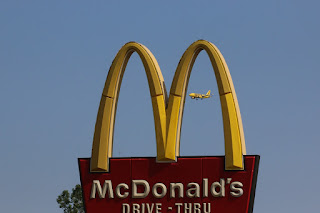 One of my favorite shots that I can get at Detroit Metro. 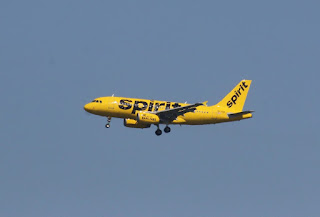 And this particular A319 was arriving from Dallas Fort Worth. 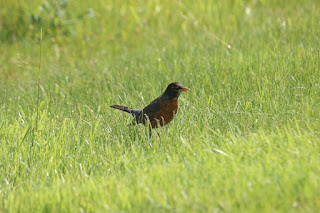 A robin that was arriving from no particular place. 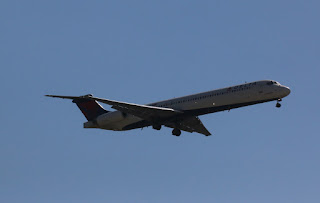 And we have an MD-88 that was coming in from Windsor Locks, CT. 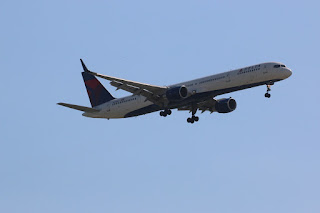 I saw that there was at least one more 757 coming in. 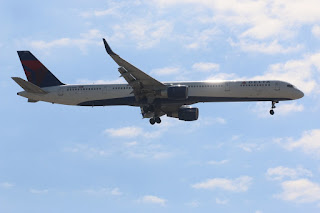 This particular one is the 757-300 which is the stretch version and I think it was coming in from Orlando. 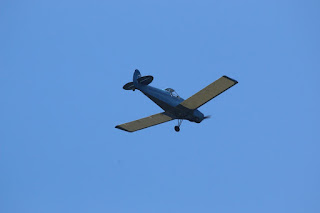 I'm not sure what kind of plane this is. 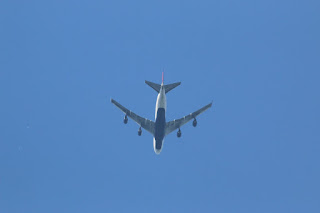 As I was heading back to the car from the grocery store, I looked up and saw this 747.