As  I was heading into work on Thursday, I went using my normal route of late.  As I passed the tracks, I noticed that a pair of Ann Arbor Railroad engines was parked in the Pittsfield yard area. 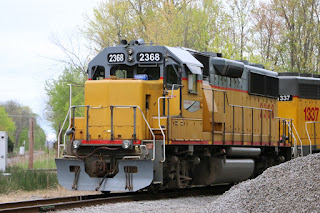 Lately, I've been hearing the Ann Arbor Railroad moving about but I was in the office and couldn't catch them.  I was pretty happy to catch them where I could get some pictures of them. 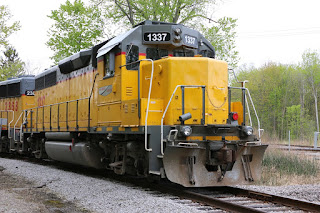 What I call the "LEET" engine.  Back in the day when I played online roleplaying games, people would use weird letter combinations for different words.  This was one them.  It meant an elite player or something. 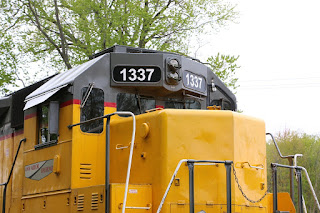 A shot of the cab. 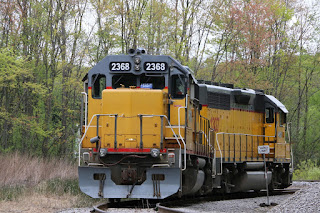 Another shot of the pair of engines. 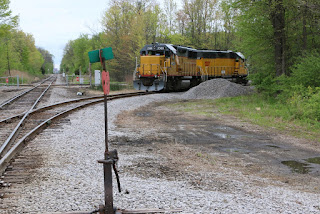 I wanted to get one of the railroad implements in the picture with it. 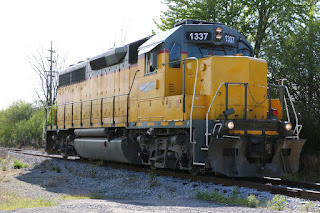 During the day, I heard the engines moving about and I didn't think I would have a chance to catch them.  I think they were moving some tank cars that have been stored in the area.  Much to my happiness, I caught one of the engines getting ready to hook up to some cars. 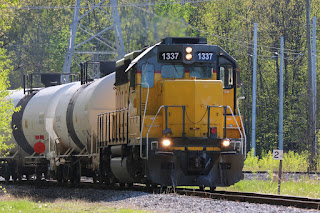 I went to a spot where I could catch the train as it pulled the tank cars out of the way. 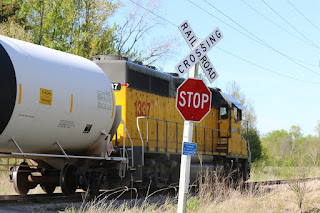 They pulled the cars forward. 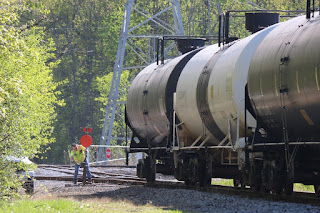 And then started to switch the switch. 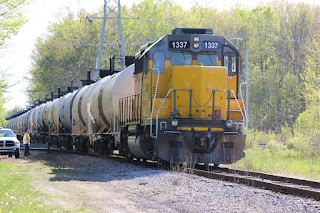 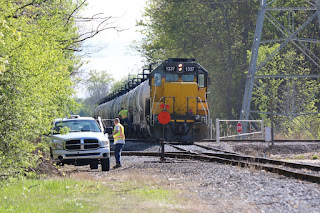 they were backing out for some reason. 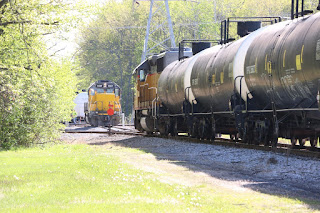 It was soon joined by the other engine. 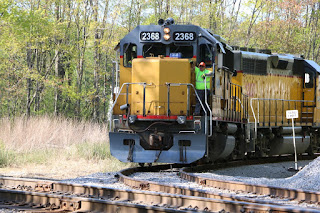 I kind of like it when I get train folks in my pictures. 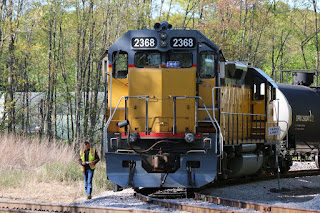 The pair of them ended here for the night.
Posted by Mikoyan at 5:51 PM