The QLine is the first streetcar in Detroit since 1956. 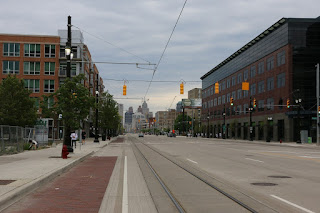 The first streetcar was introduced to Detroit in 1863.  The first electric streetcars appeared in 1886.  I suspect that they went all over the city.  In 1922, the city took over operation of all the of streetcars.  The introduction of buses in 1925 and the deferred maintenance of the lines led to their demise in 1956. 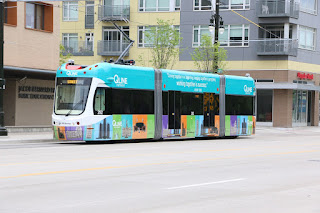 Fifty years later, the Detroit Department of Transportation commissioned a study to determine the feasibility of running some sort of mass transit system along Woodward Avenue.  Concurrently, a group of private investors provided matching funds to develop the line that would run down Woodward. 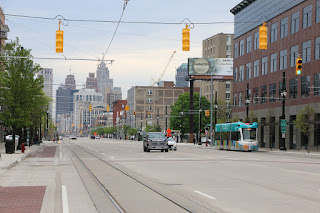 It was originally envisioned that the right of way would run down the median but that system would end up costing too much money.  I think that might have been a better option as it probably wouldn't have had to stop at traffic lights.   Eventually they settled on streetcars. 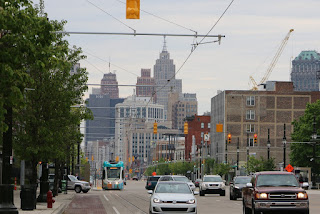 Originally it was called the M-1 Rail after the designation of the Michigan state highway that is also Woodward.  The name was changed in 2016 after Quicken Loans bought the naming rights.  The train runs from roughly just north of the current train station to just below Campus Martius.  It is roughly 3.3 miles long. 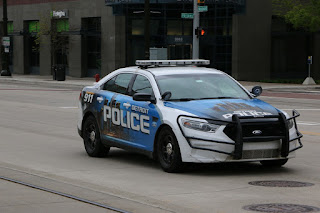 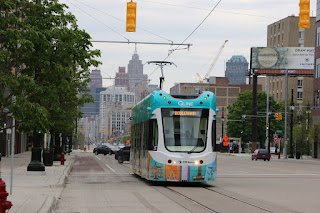 While it is cool that Detroit is trying alternatives to their bus lines, unless this is part of a broader transportation strategy, it is doomed to failure.  Currently the only mass transit that feeds into Detroit is either the suburb buses or the Amtrak Wolverine.  The Wolverine comes into the city three times per day from each direction.  If rail is going to be choice, there needs to be a more frequent commuter rail, so hopefully the Ann Arbor to Detroit line comes to fruition.  I guess we will see what happens.
Posted by Mikoyan at 7:10 PM