Waking Up to the Federal Kumano

Sunday turned out to be a pretty busy day for me.  First I noticed that there was a boat that I wanted to catch, so I headed down to Del Ray in order to catch her.  Or at least I started there. 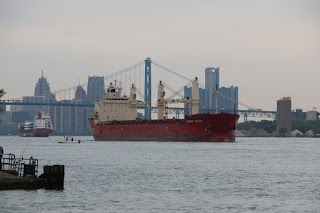 First up was the Federal Kumano.  If I had gotten motivated a little sooner, I could have caught the ship off the right that was carrying windmill blades.  I like catching those ships because it is a fairly unique cargo. 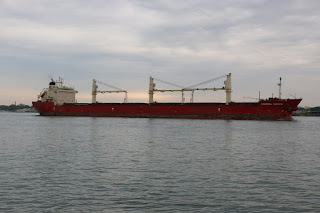 The Federal Kumano has appeared on this blog before. 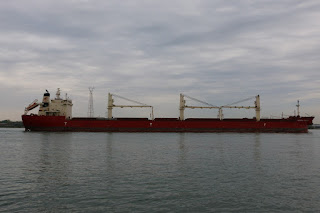 According to AIS, she's heading to Spain.  Currently she at the mouth of the Gulf of St. Lawrence. 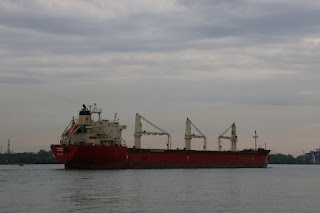 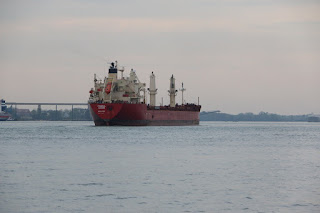 I'm not sure what she's carrying though.
Posted by Mikoyan at 1:13 PM