The skies looked kind of neat on Tuesday night, so I headed over to the airport. 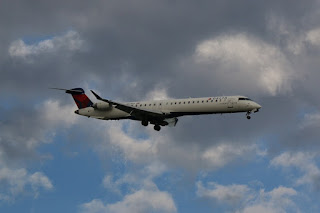 So first up is a CRJ-900 that was coming in from Pittsburgh. 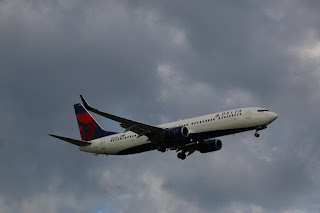 It was followed by a 737 coming in from Florida. 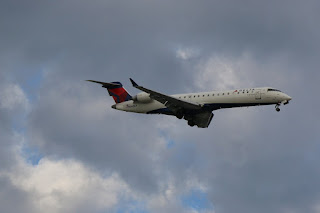 This CRJ-700 was flying in from Kentucky, I presume after taking in some horse racing. 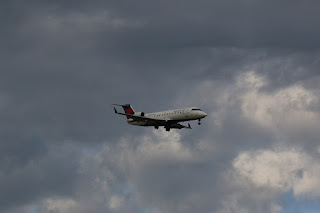 I think I like it when there are gray skies and planes. 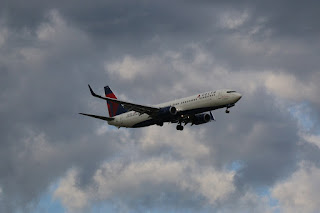 And this 737 was coming in from Fort Lauderdale.  I'm pretty sure that I've seen this one before because I remember the signature on the nose. 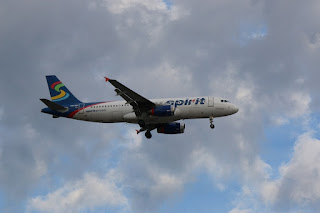 A Spirit Airbus arrived from Baltimore. 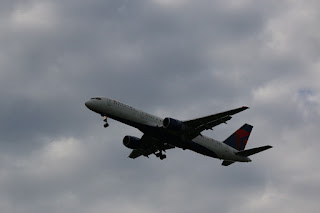 I had to go to the other side to catch this 757.  This particular one was coming in from San Diego. 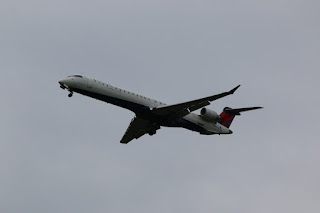 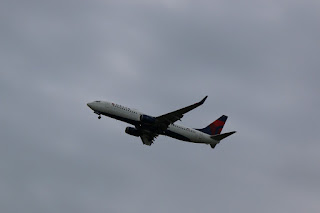