Yesterday was the National Train Day at the Toledo Amtrak Station.  It has been pretty cool in years past and I was hoping that it would be cool. 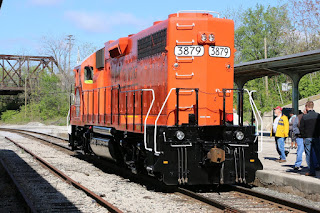 As I got to the station, I realized that something was amiss.  Usually there is at least one Amtrak train and a couple of Norfolk Southern engines. 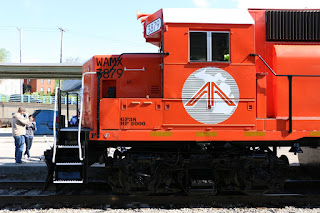 But the only engine that appeared was the Ann Arbor Railroad's GP-38 engine.  It was pretty cool to see this one as they seem to pass my office when I'm at work.  However, as I was expecting more, I was a little disappointed. 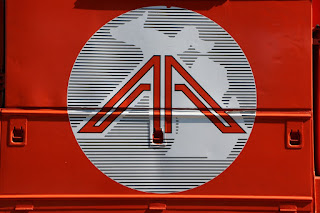 But I guess this gave me a chance to get some detailed shots of the logo.  This is a logo that was used by the original Ann Arbor Railroad. 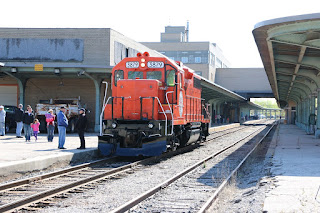 It also seems that the engine used to belong to Conrail back in the day and the Penn-Central prior to that. 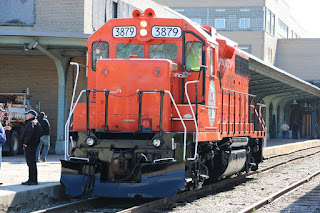 I also had a chance to get several different angles.  Since there weren't as many people outside. 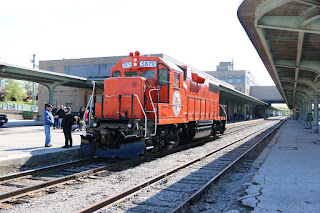 I kind of like the lines in this one. 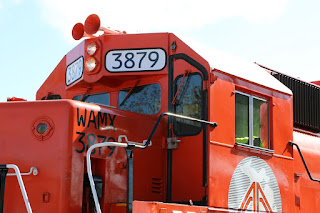 Looking up at the cab. 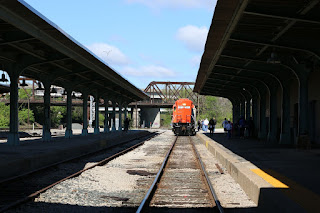 Looking from the station itself. 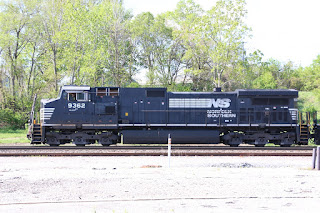 The raillines were pretty active though.  Which was cool but I didn't have a ton of time to trainwatch. 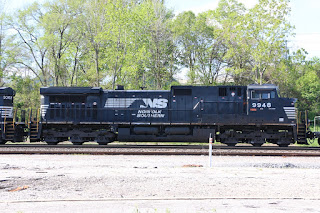 I'm hoping that this was just a blip and not a sign of things to come.  I guess we'll see what happens next year.
Posted by Mikoyan at 8:24 PM