So I'm trying to catch up on my posting from last week.  It turns out that I had a pretty busy week last week and a tough time getting it posted.  On Tuesday, I ended up taking a walk around Eastern Michigan's campus before going into work.  There is an article I want to do over at Hustle Belt, so I needed a couple of pictures.  Plus it was a nice morning. 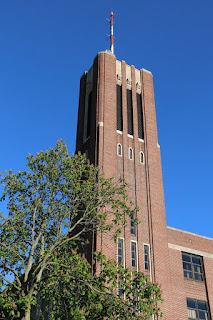 I parked over by Pierce Hall, so that was the first picture I took.  I kind like the looks of this tower and the campus is pretty nice in the spring. 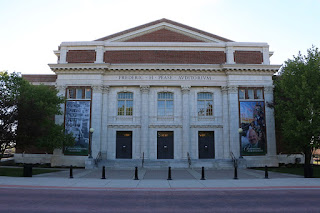 Looking out at Pease Auditorium. 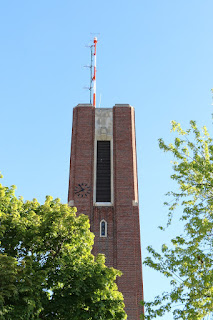 The Pierce Hall tower.  Apparently, I was a week late as the trees were blossomed last week. 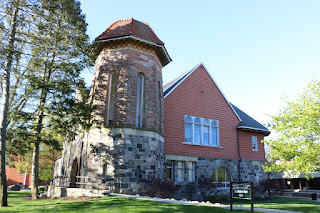 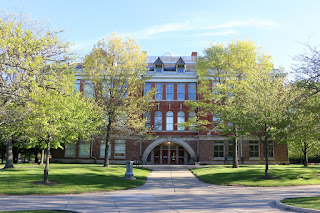 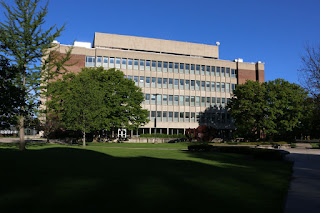 The article I'm going to do is about the football field that used to be at this location.  It's now a diag and Mark-Jefferson Hall. 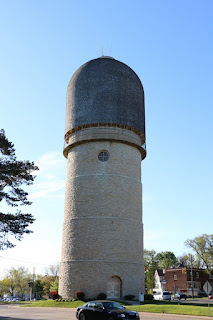 Of course, I can't pass up an opportunity to take a picture of the Water Tower. 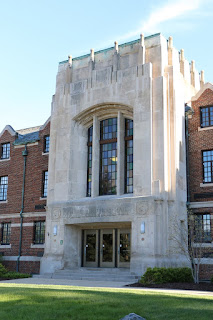 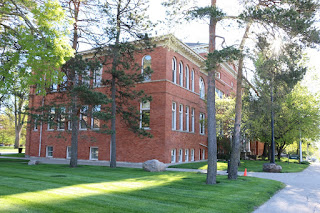 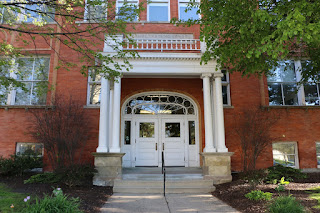 The front of Welch Hall. 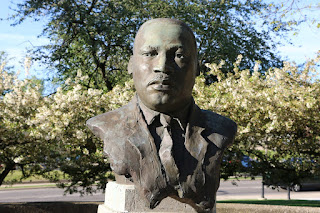 And a picture of the Martin Luther King bust. 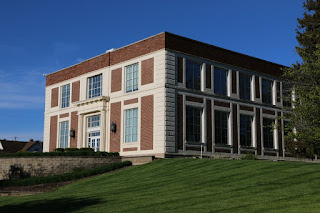