Catching Up With the Munson

This was the first time I was going to see the Munson this season. 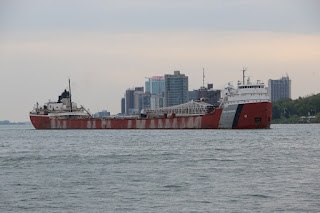 The Munson spent the last year in layup as she got converted from steamship to diesel ship.  I think she had some other work done on her. 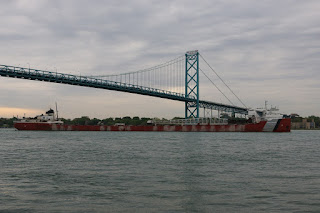 These are good things because they keep a favored ship around longer. 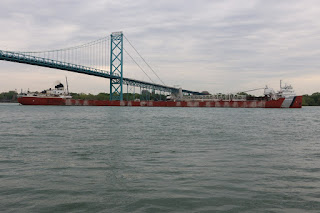 After all, the company isn't going to put money in her if they don't intend to keep her. 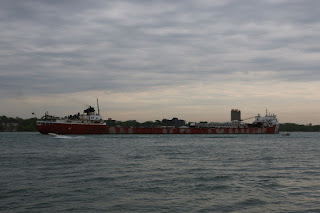 I think she was coming down from Stoneport to deliver stone to Detroit.  I think there is a new stone dock by Mistersky Fuel Docks.  So it was a good thing that I decided to head over to Riverside to catch her.
Posted by Mikoyan at 1:53 PM