Followers of this blog know that I like wolverines (well in particular the Wolverines but that's a different story).  It seems like the past few times that I've been to the zoo, I haven't been able to see them.  I was hoping this time would be different. 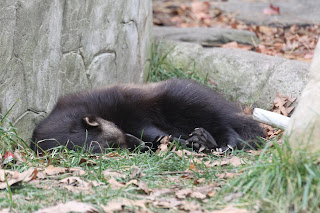 And when I first got to the enclosure, it looked like this was the only picture that I would get. 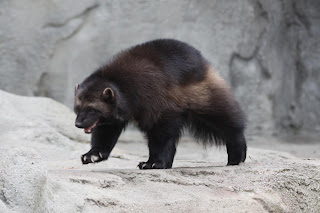 Until I saw that the other wolverine was stirring around.  He was pacing all over the cage. 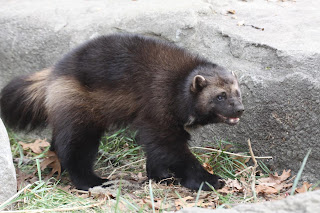 I think he was building something because he was carrying clumps of dirt. 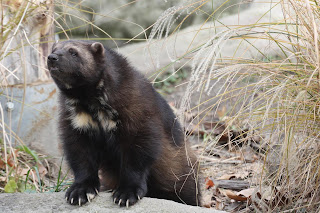 For this picture, it seemed like he was posing. 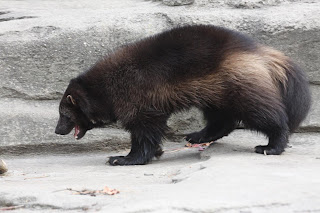 Just walking around the pen. 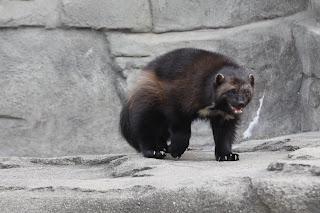 This was one of the shelfs were he could climb. 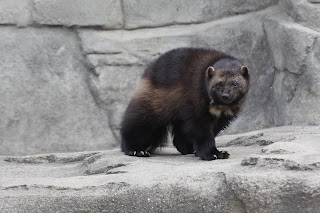 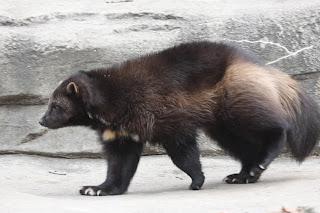 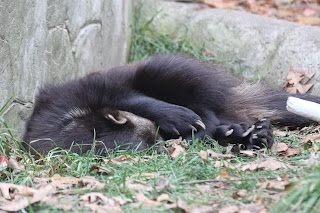 And the other one was still sleep, but look at those claws.
Posted by Mikoyan at 9:15 PM

These are really great pictures of wolverines! They look fat and happy.