So today was the Michigan State Vs. Eastern Michigan Basketball game at the Convocation Center.  I wasn't quite sure what to expect, so I headed to the game a little earlier than normal as I thought it would be crowded.  Well I did know one thing to expect, EMU would probably lose.  Other than that, I didn't know. 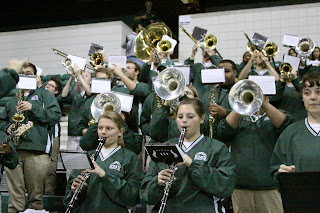 They had the EMU Basketball Band there and that was kind of cool.  I think this is the first time I've seen them this year. 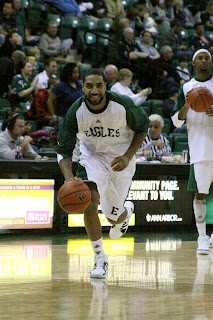 Antonio Green during the warmups. 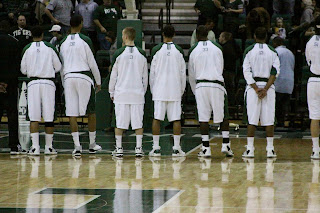 The team standing for the Star Spangled Banner.
Posted by Mikoyan at 9:52 PM