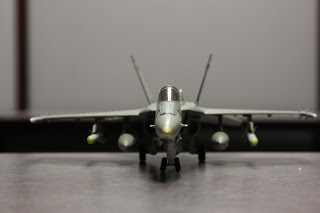 The Hornet came about because the Navy was looking to replace the A-6 and A-7.  They used the YF-17 as a basis and carrierized it.  The re-design was so extensive, they gave it a new designation.  It can be used as either a fighter or attack aircraft (hence the F/A designation).  It is fairly maneuverable and has been used by the Blue Angels since 1986. 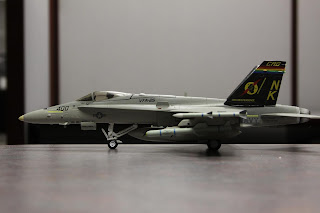 It's not one of my favorite Navy planes but it is still pretty cool.  Since the Navy has retired the F-14, it's my favorite plane currently in service.
Posted by Mikoyan at 6:49 PM