So all the pre-game pageantry out of the way, now the game could begin.  Eastern won the coin toss and elected to defer to the second half.  Ball State took the ball.

I'm not going to go into too much detail as you can get a better overview from here. 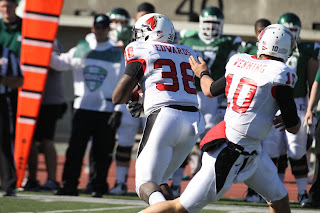 After a handoff to one of Ball State's Running backs, Edwards. 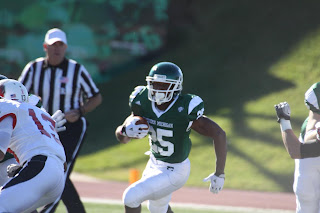 Dominique Sherrer running the ball.  He seemed to have a pretty good day running the ball but there was a little scare as he went down for a bit.  He came back and was fine though. 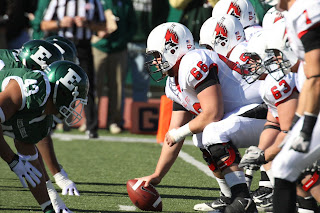 One of my favorite shots, the two teams facing off at the snap. 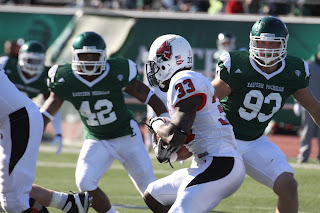 Another of Ball State's running backs with the ball.  He is about to get plastered by English and Ohrman. 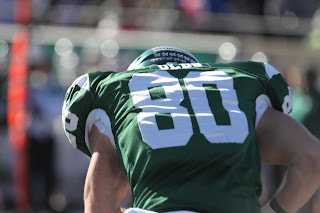 Wide Receiver Olds after catching the ball for one of Eastern's touchdowns. The ROTC batallion doing pushups after the touchdown. 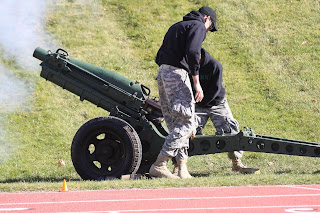 And the firing of the cannon (although I did these a little out of sequence as the cannoneers join the others). 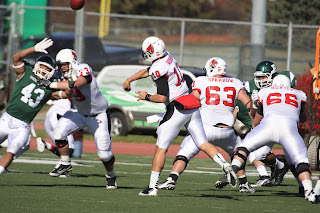 Ball State's Quarterback Wenning throwing a pass.  He seemed to have a good day. 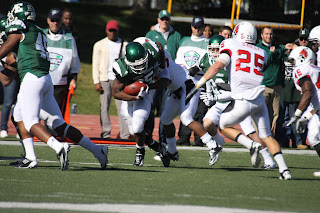 Sherrer running with the ball again. 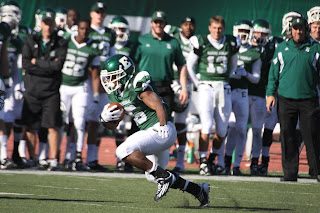 Sherrer after a catch and then running with the ball. 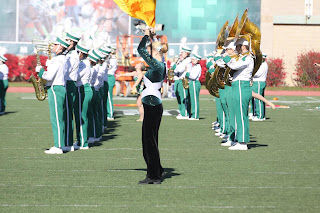 The band marching on at halftime.  This is still one of the things I love about actually being at the game.  I wish the TV broadcasts would show the bands. 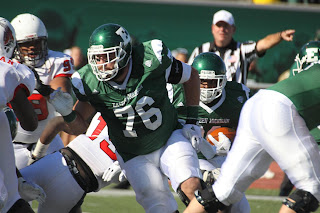 I think this is Dominique White running with the ball. 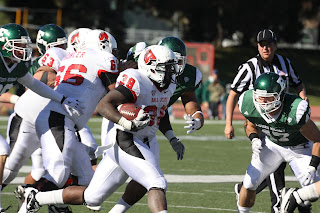 Edwards running with the ball. 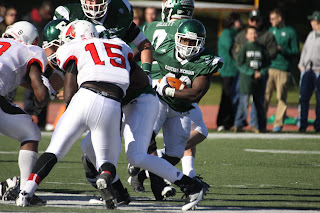 I think this is White again. 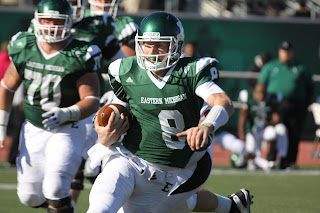 The Eastern Quarterback Alex Gillett running with the ball.  He had a really good day running and passing.  It didn't seem like he was running as much today. 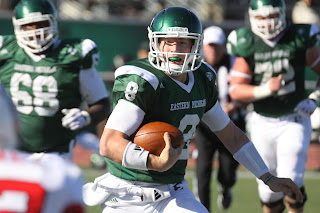 A little bit later in that same run. 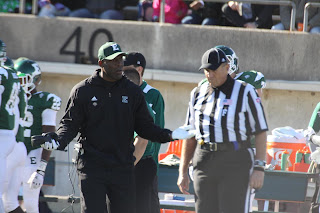 Ron English complaining about one of the calls.  Eastern took too many penalties today although I think a couple of them were questionable especially some of the ones later in the game. 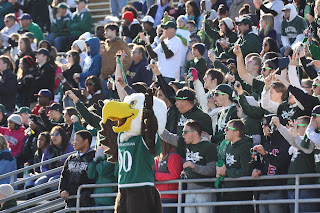 The crowd cheering on the team. 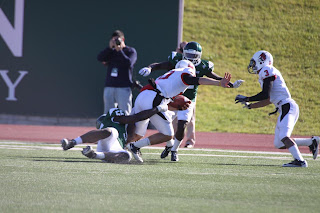 Wenning getting tacked after a short run. 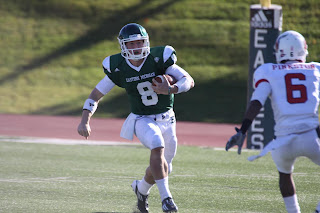 Gillett during another run. 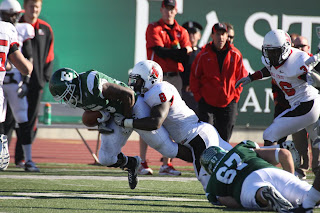 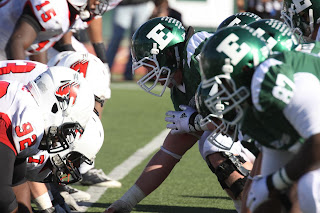 Another shot of the trenches.  At one point Eastern had the ball on the one yard line and was going for a touchdown.  They couldn't punch it and had to settle for the field goal.  The way Ball State was moving the ball, it seemed like it was over at that point. 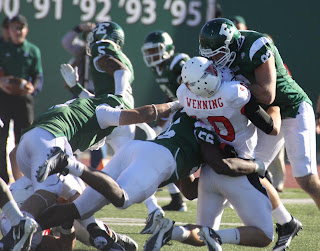 Wenning getting bent over backwards. 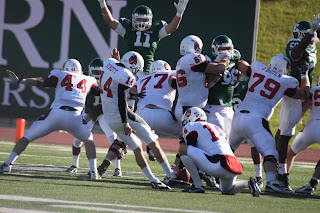 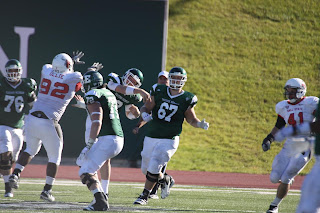 Gillett heaving the ball up for a final desparation shot at the endzone.  It seemed like there was interference on this but the refs didn't call it.
The final score was Ball State over Eastern 33-31.  For the most part, Eastern played fairly well but there was a lack of discipline in many cases.  They still have a shot at a bowl game though but I think they need to win the rest of their games.
Posted by Mikoyan at 7:31 PM