As I post this, I am currently in Santa Ana.  I am in the area for work.  Sadly, it looks like I'm not going to have too many opportunities for photography though as it gets dark pretty early here.  And I was pretty exhausted when I landed, so I pretty much slept the afternoon away.  I was hoping to go somewhere but it was a pretty rough flight. 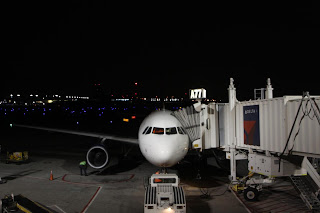 This is the plane that would take me to Minneapolis in order to catch my connecting flight to John Wayne.  It was an Airbus 319 and it was a smaller plane than we were supposed to get, so the plane was pretty crowded. 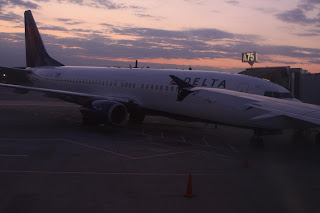 A shot of the 737 that was parked next to us.  I kind of liked how the sunrise was behind the plane. 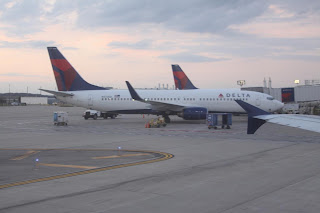 Another shot of that 737 as were were pulling out of the gate. 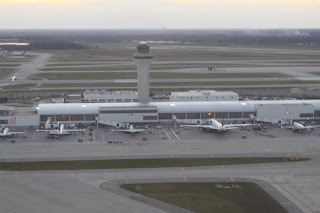 A shot of the airport as we were off the ground.  I kind of like the looks of this terminal although I think it is a little too stretched out. 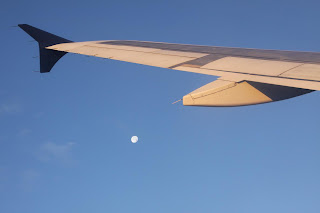 I wish I would have taken this shot about 30 seconds before this when the moon was above the wing.  At any rate, I like the coloration on the wing. 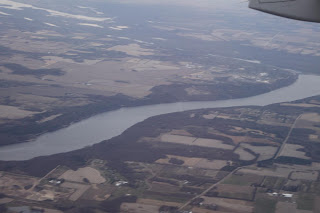 It was pretty cloudy on the way over, so I didn't have too many chances for picture taking.  Fortunately, the clouds broke as we flew over the Mississippi. 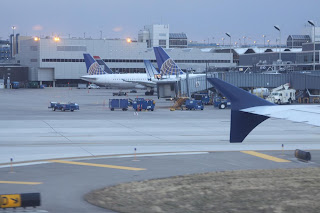 A shot as we were pulling into the gate. 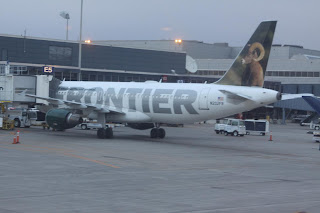 Frontier has one of my favorite airline liveries.  They usually have a cool animal on the tail although I think my favorite is the wolf. 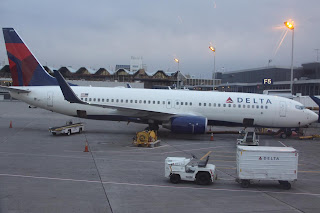 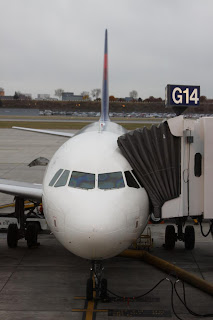 The Airbus 319 that would take me to Orange County.  Unfortunately, I didn't have a window seat on the way over and it is just as well as I think it was cloudy all the way over.
Posted by Mikoyan at 7:12 PM