So I went to the Eastern Michigan Football game today, it was the last home game of the season and consequently the last game I would be going to this season.  It has been fun doing this and I have to give a thanks to Carter at Eagle Totem for giving me the opportunity to do this.﻿ 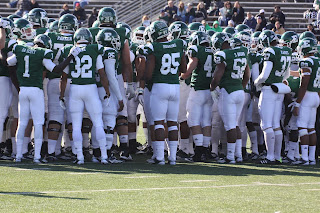 The team gathering up before they leave the field after the warm ups. 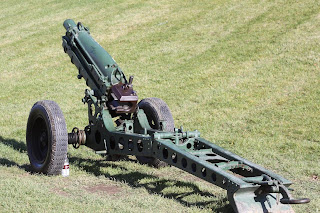 The touchdown cannon at the ready.  Hopefully it will be put to some use during the game. 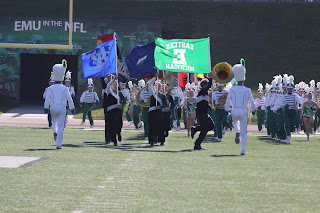 The band taking the field. 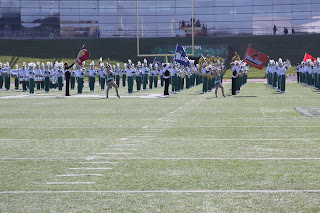 The band during the pre-game show. 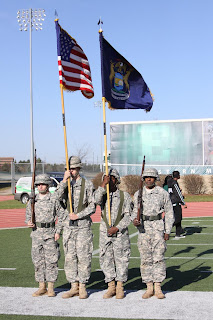 The color guard just before they take the field. 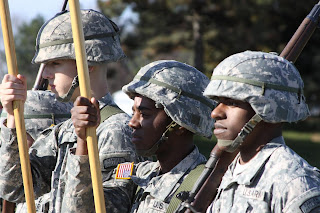 A closeup shot of them. 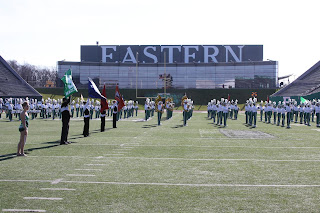 Another shot of the band, I tried to get the full effect of the field around them. 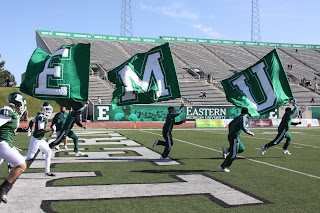 The cheerleaders preceding the team before they take the field. 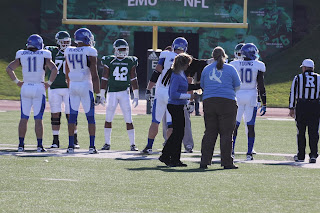 Just after the coin toss.  EMU won the toss and deferred to the second half. 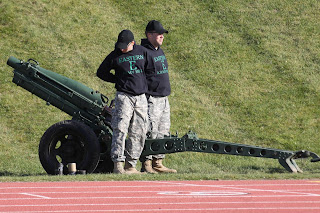 The touchdown cannon manned and ready.
Posted by Mikoyan at 7:56 PM