So I was going up to the office in Troy today and it was a pretty crappy morning with rain and some winds.  M-14 was jammed up but I had no choice on that and then  I saw that I-275 was backed up, so I decided to take I-96 to the Davison.  This is one of the alternate routes I'll take up to Troy. 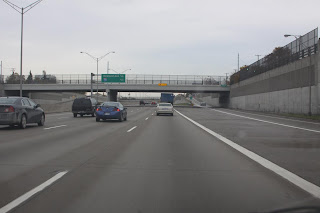 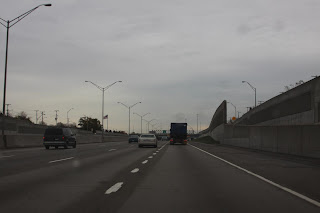 In 1940, there was a great deal of gridlock on Davison Avenue because it went from one side of Detroit to the other.  It was discovered that most of the traffic that used it did not stop in Highland Park so it was decided to turn it into a six lane limited access highway (freeway).   World War II hastened its completion.  With its completion in 1942, it became the first urban depressed freeway in the United States.
Posted by Mikoyan at 9:38 PM