I think this is now officially a tradition for me.  Everytime I land at John Wayne Airport, I have to take a picture of the John Wayne statue there.  It is a pretty cool looking statue though. 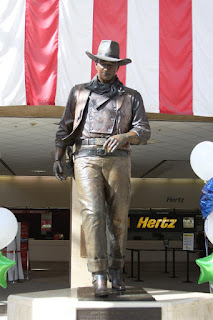 My pretty much standard shot of the statue.   I tried to use a larger aperature to get less depth of field but I guess it didn't work.  Oh well. 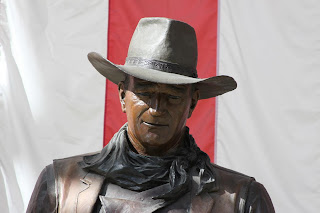 My other pretty much standard shot. 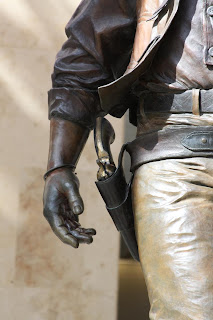 What's John Wayne without his gun? 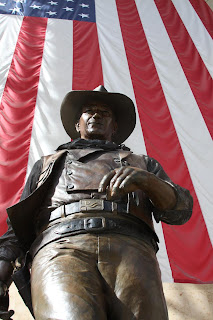 I tried a different angle on the statue this time.  I tried to get the flag in the background. 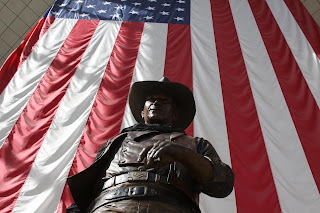 I think I like this one a little better.  What do you guys think?
Posted by Mikoyan at 7:28 PM