And some shots from the game itself. 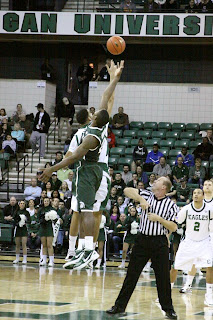 The Jump Ball.  I think that Eastern actually won the jump ball. 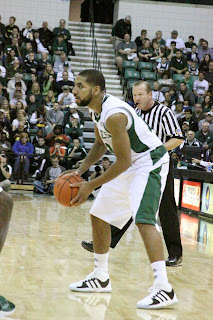 Antonio Green as he gets ready to charge the basket. 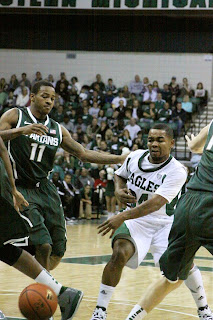 Darrell Lampley getting mugged by a mob of Spartans.  It just didn't seem like Eastern could get anything together today.  I realize they were facing a much better team but even when they got open, they missed the baskets. 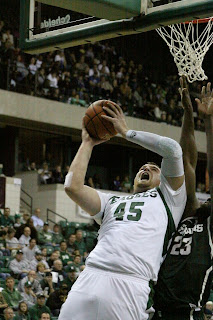 Balkema as he tries to do a layup.  I think he may have been fouled on this shot though. 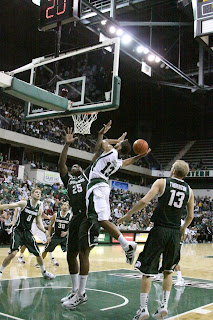 Antonio Green going for the basket. 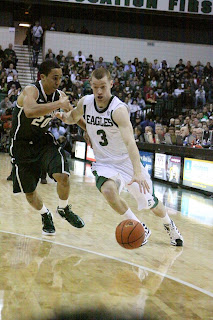 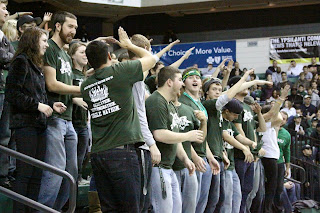 It was fairly crowded for an Eastern game.  This is a shot of the student section. 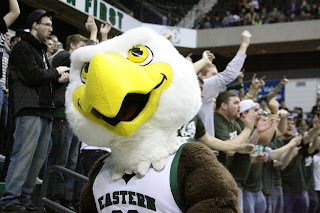 And a shot of Swoop. 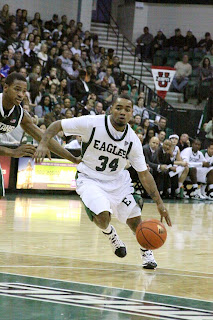 Darrell Lampley taking a run at the basket. 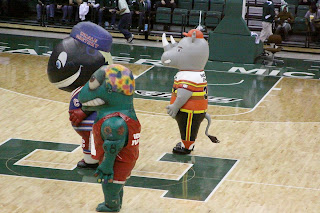 The halftime show featured something strange. 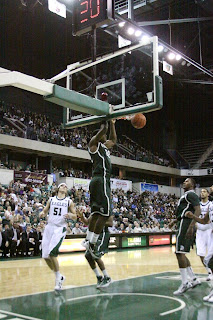 One of the Spartans dunking after getting a turnover from Eastern. 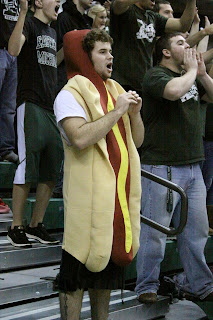 Another one of those moments where you just scratch your head. 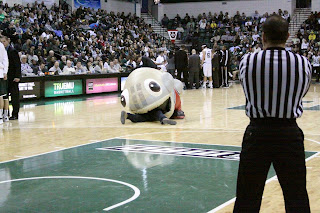 I think the halftime show spilled over into the game. 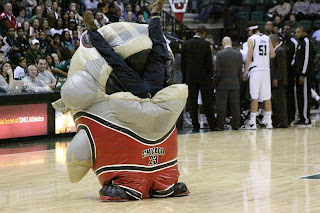 And the man was swallowed into the belly of the beast. 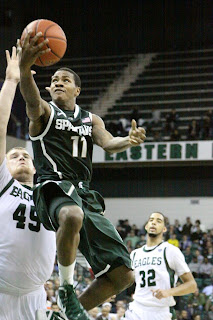 Another Spartan player going for the basket. 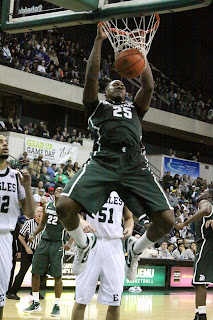 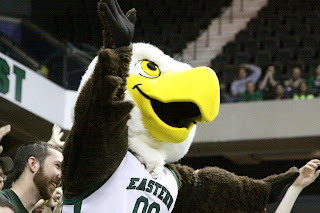 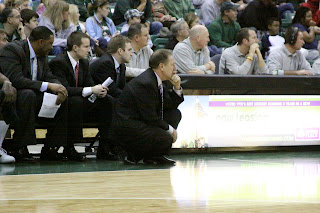 Tom Izzo thinking about something.  Followers of this blog know that I am a Michigan fan as well but I do have a strong admiration for Izzo.  He seems to be one of the coaches that does it the right way. 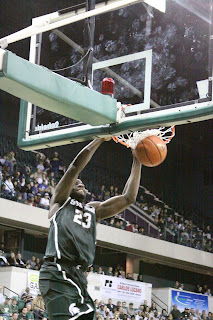 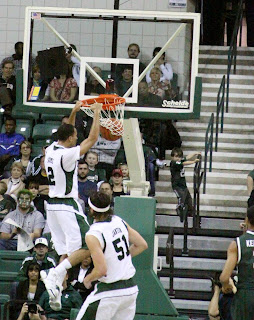 And Eastern got in on the act.....but by this time, the game was a foregone conclusion. 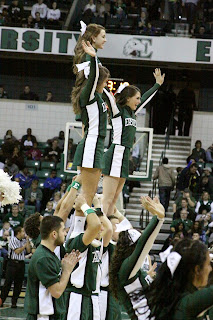 And the EMU cheerleaders.
Posted by Mikoyan at 10:01 PM

"And the man was swallowed into the belly of the beast."
Best. Picture. Ever.