After two weeks of hearing about the potential of Eastern going to a bowl game and the hype surrounding that, the day of the game finally arrived.  It actually felt different going to an Eastern game where there was some actual relevance in the world of College Football.  This game was even going to be on TV (which is rare for Eastern).

I arrived at the game fairly early as I wanted to try to get some shots of the practices and stuff.  My plan would have worked well had I not realized I forgot my other battery and memory in the car.  So after I took some pictures of the band before the game, I headed back to the car to get those things. 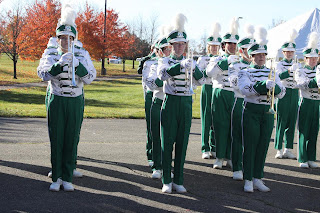 I kind of liked how the band was set off against the colored trees.  It was actually a nice crisp autumn day. 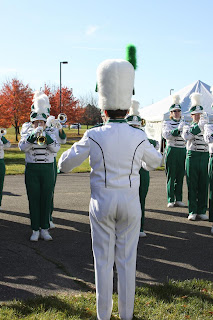 The drum major directing the band. 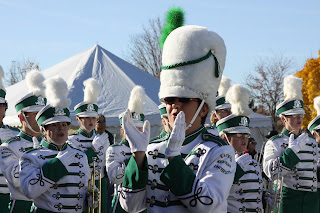 The band singing the fight song. 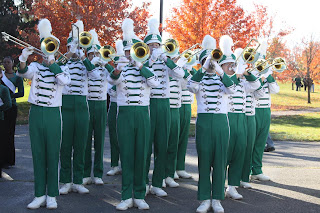 And now they are playing the fight song. 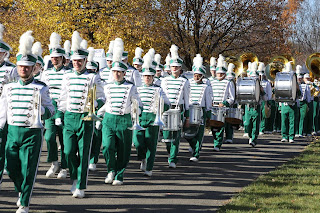 After they played in front of the alumni tent, they headed over to the field. 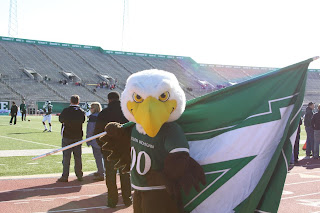 Swoop posing with the flag.  I kind of wish I had gotten him a little bit sooner as he was making a bayonet charge with it. 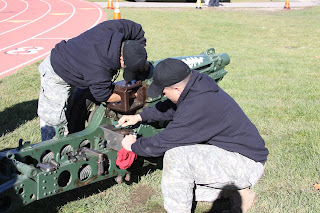 The Eastern Michigan ROTC batallion getting the howitzer ready for the game. 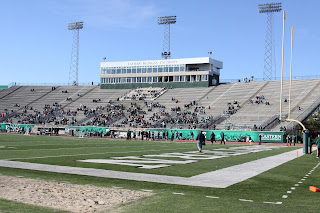 A shot of the home side of the stadium. 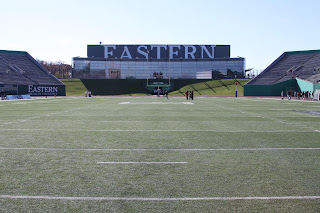 Looking over towards the Convocation Center.  I don't know how many times I have said this but I think the stadium looks alot better now than it did when I was a student at Eastern. 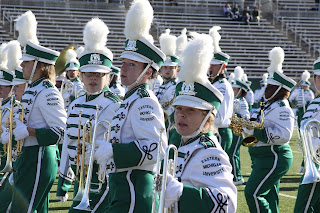 A shot of the band as they leave the field. 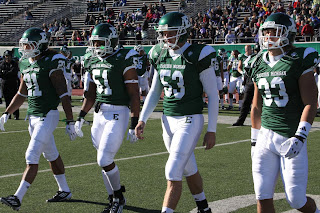 Pali, Waits, Zupancic and Bellfy approach the center of the field for the coin toss. 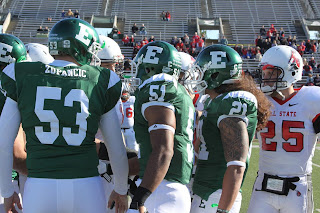 The handshake before the coin toss.  I had a little bit of excitement getting this picture as I seemed to have a hard time getting off the field.  Almost got plowed by one of the Ball State players.
Posted by Mikoyan at 7:14 PM