The war that I am most knowledgable about is World War II.  It has been the one that has caught my interest since I was a kid.  Between books and movies, it is hard to not get caught up in World War II.  As such, it probably represents the bulk of my action figure collection.

These pictures are a mix of die cast and my 1/6th scale action figures. 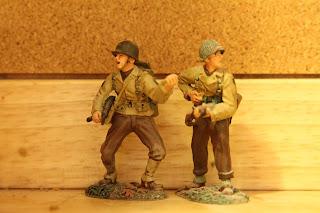 These two depict fairly typical US Infantrymen in Europe during World War II.  I think they are soldiers from the Big Red One or First Infantry Division.  This division served in almost every major battle of the European Theater. 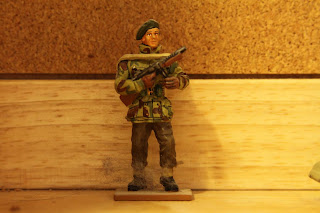 I think this guy represents a British Royal Marine. 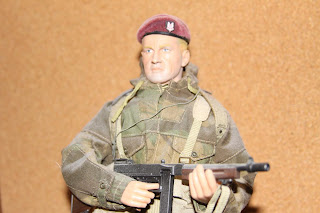 This guy has appeared on this blog before because he is one of my favorite figures.  He depicts either a British SAS guy or a Para.  Based on the flash on his beret, I think he is an SAS guy.  The red beret would typically be worn by Paras though. 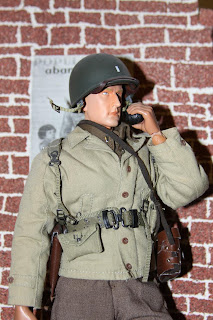 This is probably my second favorite figure.  He is a US Second Lieutenant.  For some reason, this figure embodies the concept of the citizen soldier.  He has a face of someone that was doing something else before the war and he got caught up in the war. 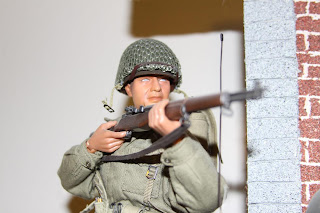 This guy is a typical US Infantryman in northern Europe. 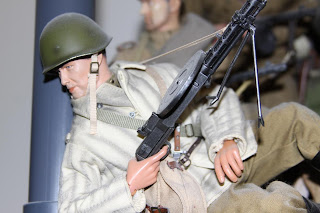 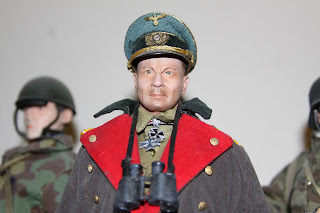 This is a figure that depicts Field Marshall Erwin Rommel.  He was known as the Desert Fox because he enjoyed some success in North Africa.  That success quickly evaporated as the Allies were able to close off the Mediterranean.  He was later appointed to lead the effort to defend Europe from Allied Invasion.  Given what he was up against, he didn't have much of a chance.

It is believed that he may have been one of the officers involved in the plot to kill Hitler.  He was later killed in an Allied Air Raid although some people think that was a cover story. 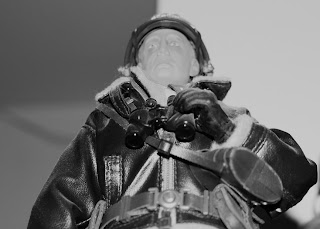 This is General Patton who was probably one of the more famous US Generals in the war.  For this picture I tried to shoot up at him to give him the larger than life look he seemed to have in the war.  He was instrumental in North Africa and Sicily.  But I think his best campaign was his efforts to relieve the 101st Airborne at Bastogne in Belgium. 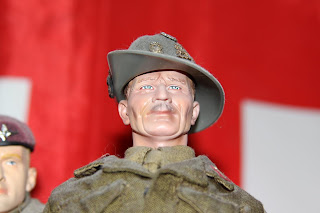 And Field Marshall Montgomery.
Posted by Mikoyan at 11:01 PM