One of the coolest airplanes is the AV-8 Harrier.  It is a jet that can take off vertically which means that it requires very little runway.  It is also fairly maneuverable. 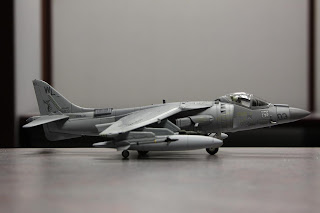 Originally developed in the 1950's by the Hawker Aviation Company, it found it's way to the US Marines in the 1970's as the AV-8A.  The version pictured here is called the Harrier II and is almost a complete re-design of the original. 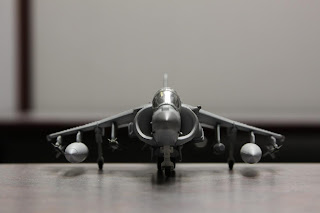 When I was college, I saw a presentation by one of the designers of the Harrier.  It was pretty impressive.
Posted by Mikoyan at 6:42 PM