The Eagle at the Game

As promised, here are some pictures of the eagle that was at the game.  She was there from the Leslie Science and Nature Center in Ann Arbor.  I'll have to admit that it was pretty cool to see.  Even though I've seen eagles in the wild, it is something else to see one up close. 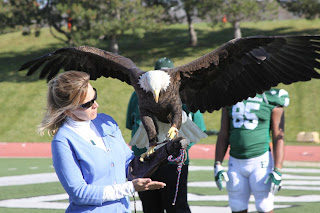 One of the handlers holding her.  This gives you a good idea of the wingspan. 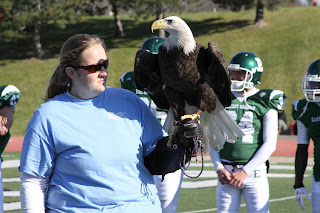 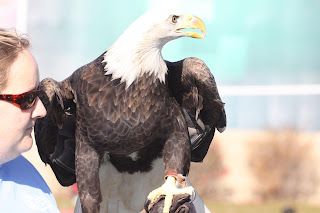 Another pose that I really liked. 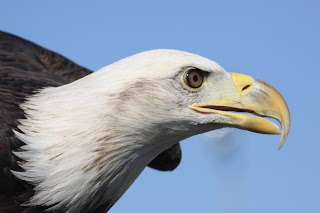 A closeup of her head. 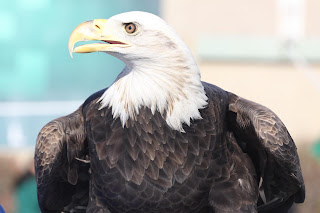 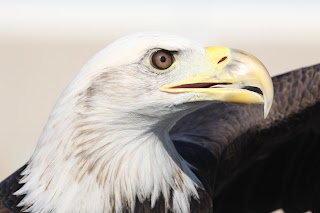 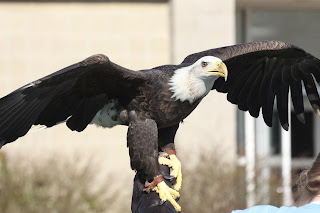 She was trying to kite as the wind started to kickup.  It was pretty cool. 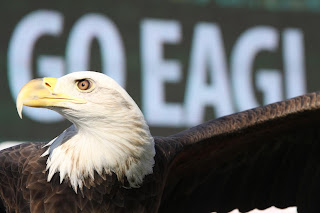 I tried to get an angle where it would say Go Eagles in the background. 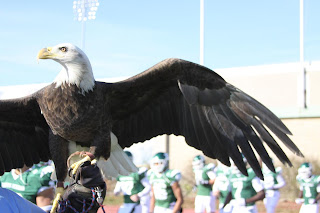 A shot of the eagle with the team in the background. 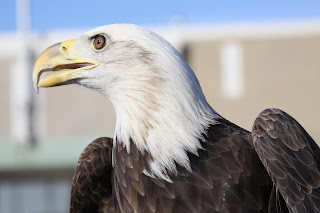 And another shot of her head.
Posted by Mikoyan at 8:35 PM