Since my pass is good for all EMU sports, I figured I would take advantage of it for basketball as well.  I don't follow basketball as much as I follow other sports, so I don't think my basketball pictures are that good.  Compound that with the fact that I have to bump up the film speed on my camera and I end up deleting many of my shots.  Some turned out that. 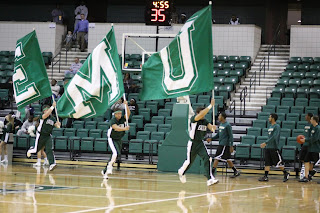 Tonight was an exhibition game versus Marygrove College out of Detroit.  It is a small liberal arts, Catholic College.  As such, this was pretty much a pratice for EMU. 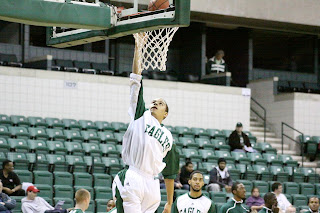 One of the players during the warm up session just before the game.  I was having trouble getting these pictures, so I couldn't imagine what it would be like during the game. 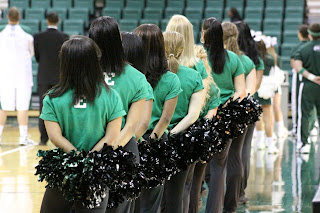 The Dance Team during the National Anthem. 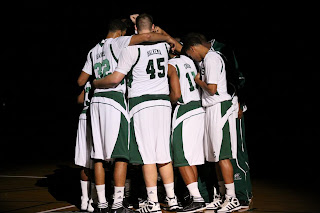 The team just after all the starters were introduced.  Based on the fact that there is a new coach and many of the seniors from last year are going, I'm going to guess this will be a long season for the Eagles.
Posted by Mikoyan at 9:23 PM